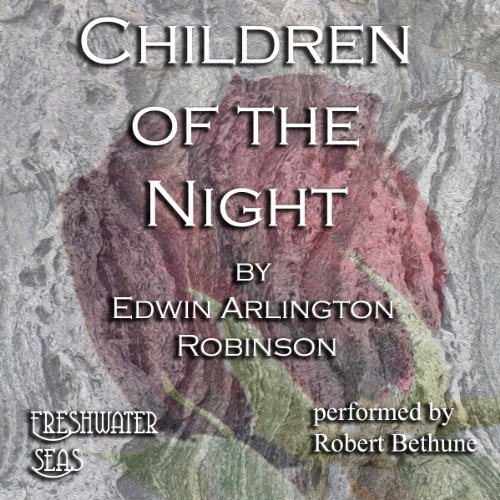 Children of the Night

Children of the Night

Children of the Night, from 1897, is Edwin Arlington Robinson's second book of poetry. He self-published his first book, The Torrent and the Night Before, in 1896; most of the poems in it also appear in this volume. This book already contains one poem destined to become known as one of his masterpieces, namely the famous portrait of a suicide, "Richard Cory" - the man who "glittered as he walked," the character who may have been inspired in part by Ediwn Arlington Robinson's own brother. However, that certainly does not exhaust the list of first-rate work the young poet delivered in this volume.

His sharp eye and incisive way with words shape the memorable clarity of his portraits of Aaron Stark, Luke Havergal, Cliff Kllingenhagen, Reuben Bright, and others in a way not to be matched until Edgar Lee Masters followed in Robinson's footsteps through the poetic life of Spoon River. Robinson also brings us many other powerfully articulated visions, such as the words of the Chorus of Old Men he translates from Aegeus. Startlingly modern, startlingly fresh, his world is one in which, as John Drinkwater said of him, man is beset by character - which is fate.

"This small volume gives evidence that a new poet has arisen amongst us; one who is yet sure to win his place and keep it among the true singers.

"It is dangrous to prophesy or even to praise too highly in the case of a volume of verse; but it is easily within the bounds of caution to say that this little book is worth reading; that its message is ennobling and stimulating, and that no one can doubt its promise for the future. It bears what is, after all, the only test that one can apply in the case of one's contemporaries, the test of a repeated reading." (From the first and the second notice printed in The Boston Transcript, 1897)