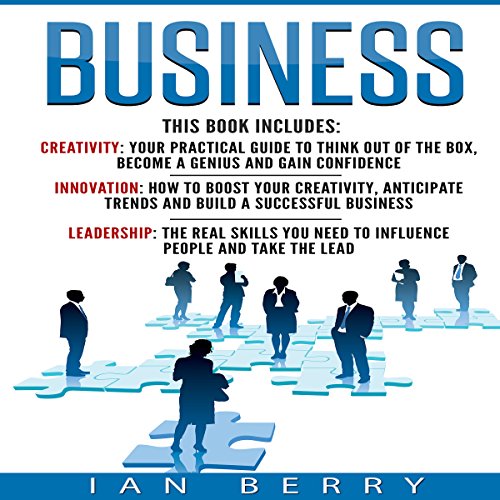 The ultimate guide to master the art of making business.

Throughout history, humans have shown their creative side, starting with the cave paintings and reaching as far as modern-day inventions. From a simplistic point of view, we can easily define creativity as the ability to transform a novel idea into a useful product or service. The result of creativity is thus original and worth using.

Creative people can be found all over the world, regardless of their culture, occupational background, or religious beliefs. No matter their origins, they are often defined by nonconformism, openness to ideas, and flexibility. Many studies have been dedicated to discovering the features that make people become creative. Various scientists have come up with the conclusion that creativity is based on the ability to generate original ideas. At the same time, one must be inherently curious and tolerate the uncertainty that surrounds certain ideas. Extrinsic and intrinsic motivation, as well as a high-level of confidence, are elements creative people proudly possess.

When people think about creative people, the kind of persons who usually come to mind are artists, musicians, performers, stage and screen actors, writers, and other people who have a huge sense of whimsy. What would you think if I told you that there are also a lot of people in the corporate world? Would you believe me?

It is a common misconception that the world of business is cold and calculated; there is no space in the boardroom for any kind of creative thinking, and this is false. In fact, companies would not even thrive, let alone grow, if not for the creative thinking of those who run them. If the CEOs of major corporations don't have a creative bone in their bodies, then we would not be enjoying all of the perks of modern living.

What listeners say about Business: 3 Manuscripts