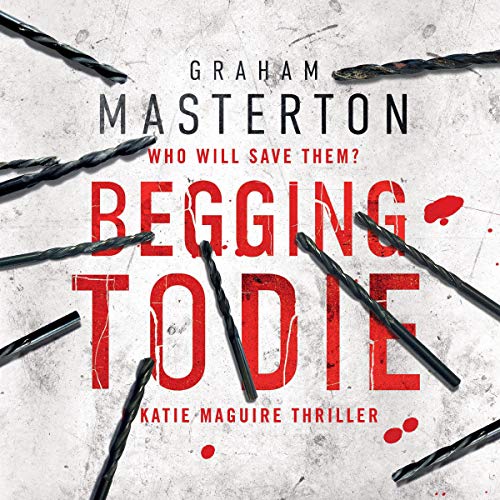 By: Graham Masterton
Narrated by: Aoife McMahon
Try for $0.00

A young girl has been found in a deserted cemetery. She speaks a foreign language, and she cries for her mother. But nobody claims her. Nobody knows who she is.

A killer with a message.

On the streets of Cork, beggars are being horrifically murdered. But why would anyone want to kill the city's homeless? It's up to DS Katie Maguire to find out.

A crusade against cruelty.

Katie's fiancé is fighting his own battle: against illegal puppy farming, a lucrative black market run by Ireland's most fearsome gangs. When the investigations collide, who will Katie save first? She knows that for those left behind, there's only one choice: Start begging to die.

What listeners say about Begging to Die

Note to self, you are supposed to be trying to stop listening, don’t listen to the whole book just because you’ve started and that goes for whole series too! And there’s an issue in this book which may continue into the next (the final book! Again(!),note to self, refer to first sentence!) but for those who only read this or stop at this book, rape is rape, even if you’ve previously, willingly sleep with someone before! I felt that issue left hanging was very alarming even in a fictional story.

Brilliant story, well told.. Very atmospheric and the right side of seedy. Good insights into another life.

After 2 chapters I gave on on this series.

I cant listen anymore. I should of given up a few books ago, as the dog fighting and dog cruelty storyline is too graphic and sickening for me.

The sex scenes and lesbian scenes are SO totally unbelievable...you can tell it's written by a man. His sex scenes are samey all throughout the series '...rolling her nipple between his thumb and fingers...' blah blah blah.

The only positive is the narrator who has a lovely voice

I loved the story. So interesting. The narrator was excellent, so good to listen to , she really bought it to life. Would definitely recommend.

A tough and gritty story. Lots of death and mayhem abounds.
It’s a smigen bit bloody and I did a lot of gasping but a good story.
Now in need of other book to know what’s going to happen