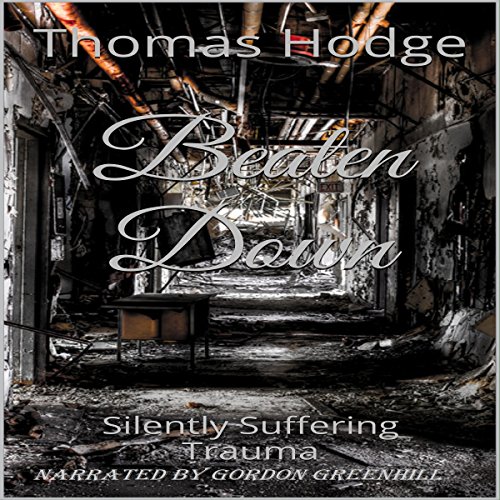 Domestic violence is an issue that affects millions of individuals. Traditionally, most studies have looked at domestic violence as being a woman's issue where a female is the victim of a male perpetrator. In Beaten Down, the issue is examined for the countless men who have been the victims of domestic violence. Most men who have survived abusive relationships remain silent about the problem. These men are reluctant to get help. They suffer maltreatment that is similar and sometimes worse than their female counterparts.

In Beaten Down, stories of who have been the victims of abusive relationships are heard. Throughout their trials, many suffered silently for years. Some have been chastised for coming forth to seek out help. Many still suffer in silence while no one notices the pain behind their eyes.