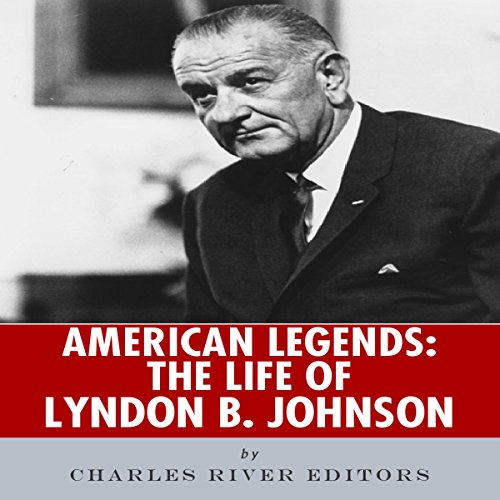 "The presidency has made every man who occupied it, no matter how small, bigger than he was; and no matter how big, not big enough for its demands." - Lyndon B. Johnson

Of all the politicians who have left their mark on American history, few have had a political career or list of accomplishments and accolades that can even come close to rivaling Lyndon B. Johnson. Johnson is one of only four Americans to serve as a House Rep, US Senator, Vice President and President, and he made the most out of each experience. The hard-nosed Texas Democrat became one of the legendary strongmen in the Senate, mastering that political body from 1949-1961 and spending six years as Senate Majority Leader, two as Senate Minority Leader, and two as Senate Majority Whip.

A fateful chain of events then propelled Johnson from Capitol Hill to the White House. After Johnson's failed run for the Democratic nomination in 1960, winner John F. Kennedy chose Johnson as his running mate over his brother Bobby's objections. Kennedy figured Johnson's Texas roots would help balance Kennedy's decidedly Northeastern appeal, as well as adding a sense of age, experience and gravitas.

This is a superficial accounting of the life of LBJ,, I was hoping for a more critical assessment of his life.

Although this was in a very general way informative, discussing LBJ's astonishing career in less than three hours you know that you aren't going to get much. I'm still amazed at the lack of other people in this book. No matter. The fact is you're unlikely to get through the book unless you are not afraid to fall asleep at the wheel! Narrator is Awful! The drone of his voice put me to sleep twice, and I wanted to listen. Just a waste of money or credit. Too lacking in background and sounds like a bad 8th grade term paper copied from the net.