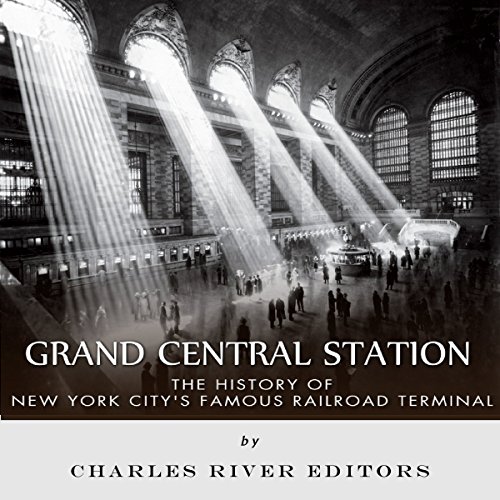 Of all the great cities in the world, few personify their country like New York City. As America's largest city and best known immigration gateway into the country, the Big Apple represents the beauty, diversity and sheer strength of the United States, a global financial center that has enticed people chasing the "American Dream" for centuries.

Given that background, it's fitting that the city's most iconic railroad station, Grand Central Terminal, is the largest in the world, sprawling across nearly 50 acres with over 40 platforms and 65 lines. Moreover, in addition to handling hordes of bustling commuters, it's now a classic tourist spot that attracts tens of millions of visitors annually. As author Tom Wolfe would so eloquently put it, "Every big city had a railroad station with grand - to the point of glorious - classical architecture - dazzled and intimidated, the great architects of Greece and Rome would have averted their eyes - featuring every sort of dome, soaring ceiling, king-size column, royal cornice, lordly echo - thanks to the immense volume of the spaces - and the miles of marble, marble, marble - but the grandest, most glorious of all, by far, was Grand Central Station."

Like Manhattan itself, Grand Central Station, which recently celebrated its 100th birthday, manages to be both historic and modern. Built upon the site of a former railroad depot, the current structure and layout was phased in over the course of nearly a decade in the early 20th century. Whereas the first railroad stations depressed the value of land nearby in the 19th century, the location of Grand Central was a boon that actually helped bring about construction all across Midtown, including the nearby Chrysler Building, thereby serving to transform the cityscape altogether.