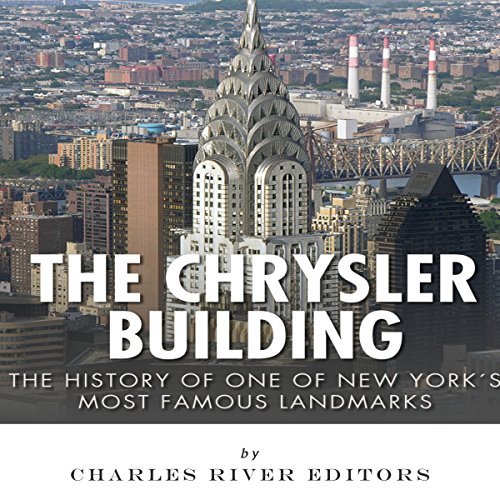 The History of One of New York City's Most Famous Landmarks
By: Charles River Editors
Narrated by: Ian H. Shattuck
Length: 1 hr and 20 mins
Categories: History, Americas
5 out of 5 stars 5.0 (1 rating)

"I would give the greatest sunset in the world for one sight of New York's skyline. The shapes and the thought that made them. The sky over New York and the will of man made visible.... Let them come to New York, stand on the shore of the Hudson, look and kneel. When I see the city from my window - no, I don't feel how small I am - but I feel that if a war came to threaten this, I would like to throw myself into space, over the city, and protect these buildings with my body." - Ayn Rand, The Fountainhead

Of all the great cities in the world, few personify their country like New York City. As America's largest city and best known immigration gateway into the country, the Big Apple represents the beauty, diversity and sheer strength of the United States: a global financial center that has enticed people chasing the "American Dream" for centuries. Given that history, it's no surprise that New Yorkers have always wanted to construct the biggest and best structures possible, even in the early 1930s at the height of the Great Depression.

Indeed, those years produced the Empire State Building, which remains the city's most iconic building. But New York's most famous skyscraper wouldn't have been possible without the Chrysler Building, a landmark in its own right that was the tallest building in the world for nearly a year before its more famous counterpart's completion. In fact, the spirit of competition between the groups working on the two buildings helped ensure that both look like they do today. And the Chrysler Building only reached the height it did because a large skyscraper at 40 Wall Street was also trying to claim the mantle of tallest building at the same time.