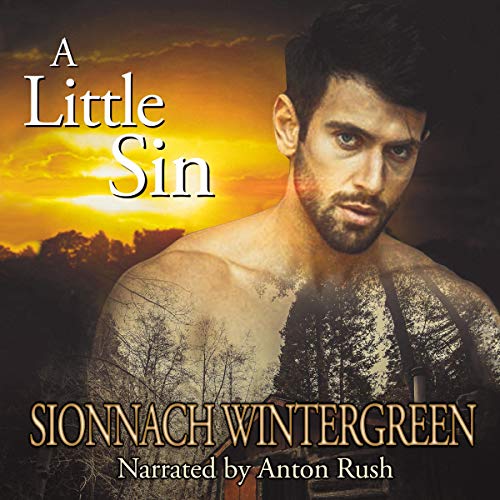 By: Sionnach Wintergreen
Narrated by: Anton Rush
Try for $0.00

Sheriff Avery O’Rourke has tried to obey his strict Christian faith and lead a “normal” life. In 1923, in a rural East Texas town, “normal” means heterosexual. A cholera outbreak has made Avery a young widower, so he is married to his job. When a murder investigation forces him to confront his truth, will he finally be able to accept being gay?

Veterinarian Garland Sands has returned from Europe to take over his father’s practice. Struggling with shell shock (PTSD) and heartbroken by the suicide of his French lover, he resigns himself to a quiet, solitary life as a country vet. But the murder of the town doctor brings the sheriff to Garland’s doorstep looking for help with the investigation. Seeing Avery awakens dormant feelings. Can he love a man who hates who he is?

This isn’t the lavish 1920s of The Great Gatsby. This is the flip side of that coin - rural East Texas. No electricity. No indoor plumbing. No flappers. In 1923, the timber barons have left and racism, homophobia, and sexism thrive. A Little Sin is a realistic mystery with unlikely heroes and a timeless romance between lovers caught in a world where their love is forbidden.

Please Note: This audiobook contains steamy sex scenes and is intended for adults only.

What listeners say about A Little Sin

This is one of the stories that I'll listen to again (and again). Likeable characters, enjoyable plot, and a new narrator with a terrific voice. Hope to hear more from him.

mystery not my genre but...

mystery is not my normal genre but this one pulled me in and would not let me go until the end. i think it is a well thought out story with everything to hook you and keep you interested until the end. would have loved to have been able to spend more time with Avery, Garland, and the other characters hoping for a second book.

this was a very good story that was graohic in parts to add to the story, but I found myself more immersed with each word. the narrator's voice and expressions greatly added to my enjoyment of this story. I love seeing the characters grow and evolve, especially Avery. tomorrow isn't promises; live each day in the present. moving story.

Sheriff Avery O'Rourke and vet Garland Sands come together when trying to solve two murders. One of the deaths is the local doctor leaving Avery to ask Garland for help with the bodies. Garland's secretary is African American, another issue for 1923. Enter the KKK as a thorn in Garland's side burning a cross in front of his house. Avery has to face his minister as a KKK member. The twists and turns of the murder case adds to the story line. I really enjoyed the characters, story, and narration. I highly recommend this audiobook.

I am not usually one for mysteries but this book was great at keeping you guessing along with the main characters.
I really liked Garland and how forward thinking he was. You could really see the transformation Avery took upon meeting Garland and after getting to know Lacinda. Both characters were well defined and likable. The book gives you a glimpse of what it may of been like to be different back then.
The voice acting was great, he put a lot of emotion into it.

Tender, loving and carrying in age of darkness

Being Southern and growing up in the 60's I saw so much of what spoken in the story from hangings, cross burnings, murder and being raised to stay on one certain side of the railroad track and who to socialize with and who not. When you listen to in this story was true in the 1920's up to the 1960's it was a very dark time in American history for everyone no matter who you was the church and religious class rules all most today as then using terror and the bible. This auibal is so real I could not stop listening to it because I had lived it and seem it as a child to adulthood.
Being gay could and would get you banished and either killed or beaten and I some cases tared and feather. These men who both were veterans of the great war fought for this country and could not love each other and had to hide their love for each other out in public and I am sure at their homes.
Two murders are committed in town and the killeing was due to a white women loving a black man and a white doctor due to he delivered the mix race child. The doctor murdered by hanging the white women was brutally murdered and disfigured. And even now in the country we still see this behavior
and we have not learned from the past and hopefully one day we will
There is so many storylines in the audible I can guarantee you will not be able to stop listening.

I really liked a lot about this book. There was so much imagery, so much poetry to the writing - it was a little over the top for some, probably, but it made me feel like I was there with the characters. I could really envision every scene, although I wasn't always entirely sure what each of the characters looked like, as I'd get sucked up into things & forget details like hair color or eye color. When Garland and Avery thought about each other, it was more about build, movement & carriage after awhile.
Garland, Avery & Garland's secretary, Lucinda, were so very likeable. I wouldn't at all have minded a longer book to get to see each one of them develop further. That was where my 5 star became a 4 star. I felt like each character could've been given more time - the romance, the falling in love was almost insta-love. The story takes place over a very short period of time; it could've been drawn out longer, even though there was definitely a pressing need for Avery, as Sheriff, to solve the mystery as quickly as possible. I also would've liked to have seen Lucinda involved more in the solving of the crime. There's this feeling that she would be interested in forensics, for instance, but although she's regularly around to discuss matters & to provide a steady presence, the story might've benefited from even more from her. I also wouldn't have minded a bit more depth given to the solving of the crime; even though it was the core of the story & took up a lot of the book, it could've been drawn out further. Most of my feeling on this though is because I enjoyed what there was, but wanted more.
So far as the narration, the story is 3rd person alternating point of view. The narrator has a distinct voice, different from both Avery & Garland. I would've actually have preferred Avery to have had the narrator's deeper voice, but other than that, the narration was pretty good. The narrator speaks very SLOWLY and being someone from the northeast, I found this trying in the beginning of the book, but I think it suited the setting of a hot rural Texas of the 1920's.
I am hoping that Wintergreen will put out more historical romances, and more with these characters. I would definitely pick them up.

🌟🌟🌟🌟 4.5 stars
🔥🔥🔥🔥 Heat Level: 4
🎧🎧🎧🎧 Narration: 4.5 – Excellent work by Anton. He brings the sexy, Western cowboy to life! Unique voice with brilliant dialects and personalities for everyone!

Raw, and real, with a murder mystery and true love. This is a great read!

Real, sweet, passionate and true, with a murder mystery thrown in. This was a unique take on Western Historical Fiction and I really enjoyed it! I’m not usually a fan of historical romances but this one hooked me! I love a murder mystery and found the Timberland Ripper fascinating.

I loved the sparks and connection between Avery and Garland. These two are something special, I loved their story! So much happens throughout this story and the connection and passion between Avery and Garland only grows. I really enjoyed how well Sionnach seem to stay, true to the time and was cautious and respectful of the characters even during a time when racism was at it’s worst. This truly is a great and real historical read!!