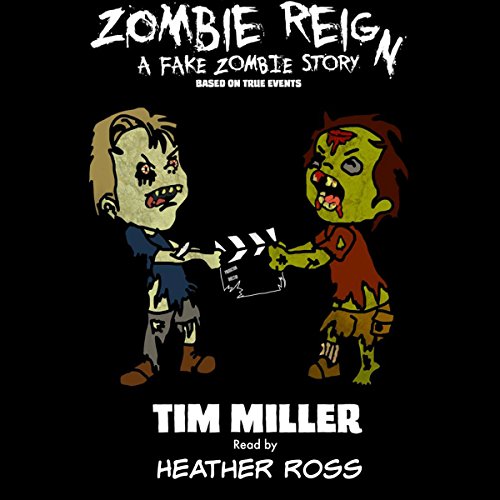 Clarence Ringo is a movie director. Well, no he isn't but he wants to be! He has convinced himself and numerous others around him that he has written the next great zombie blockbuster: Zombie Reign. But there are a few problems. Clarence has never directed a film in his life and hasn't actually written anything. That will not stop him though!

He proceeds with hiring cast and crew while promising them fame and riches beyond their wildest imaginations. After all, if you want something badly enough, you should go for it, right? Clarence does just that until things start to go wrong. Soon everything begins to fall apart as each of his lies start to crumble. From people dying on set, to having to kill in order to see his delusion through, Clarence will stop at nothing to bring his fake vision to life.

Will Clarence be able to keep it all together in order to create his fake vision? Probably not, but he's not about to let that stop him! Zombie Reign!

The Movie That Never Was

This story made me hate scam artists even more violently. Knowing that some of the content is based on real events is kind of a neat side benefit. Zombie reigns is a fictional portrayal of a "movie" that was in preproduction for years, without ever being finished. It pretty much destroys all hope for humanity. Good story, and not the usual festival of freaks that I've come to expect from this author.