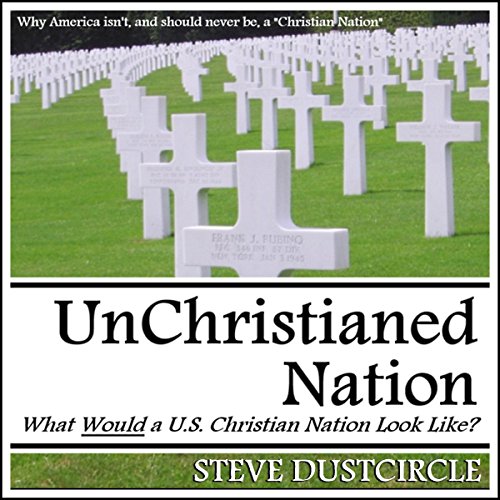 By: Steve Dustcircle
Narrated by: Jack Nolan
Try for $0.00

Many Americans call themselves Christians, and say that America is a Christian nation. This book takes the Christian's own text - the Bible - and turns it against them, showing U.S. Christians that if America were indeed a "Christian nation," the evidence isn't there. Steve Dustcircle attacks the theocratic mentality point by point, using everything from the early Jewish civilization to the early Church, and uses that as a mirror against the ways America acts and thinks politically, spiritually, and intellectually. America is far from being a Christian nation, and with rawness, Dustcircle pulls no blows.

What listeners say about UnChristianed Nation