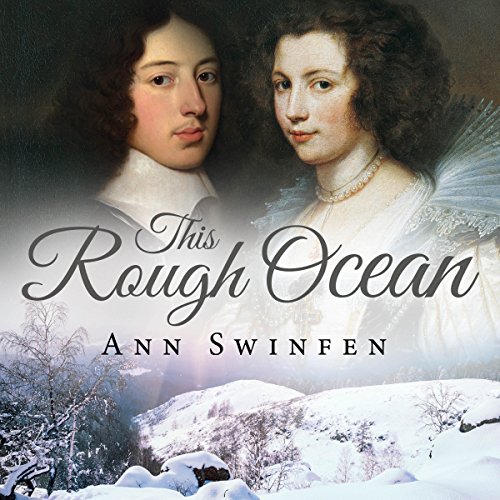 By: Ann Swinfen
Narrated by: Philip Battley
Try for $0.00

It is December, 1648, and England faces one of the greatest crises in its history. Bands of renegade soldiers and broken men roam the countryside, looting, burning, and raping. In Parliament, former allies are torn apart after six years of bloody conflict. Will there be peace instead of war, or a military takeover of the country?

John Swynfen, a rising young MP and one of the leaders of the moderate party, is working for peace, but only if safeguards can be established to protect Parliament and control the powers of the king. Ranged against him and his friends are Oliver Cromwell and his son-in-law Henry Ireton, intent on seizing power by the sword and destroying not only the monarchy but the elected government. Within a few weeks, London is occupied by Cromwell's army, parliamentary government is in ruins, the king is executed. And John Swynfen is a prisoner.

Anne Swynfen travels home from Westminster to Staffordshire with her young children through a desperate winter. There, uncertain whether she will ever see her husband again, she takes charge of the large estate, where starvation looms due to bad harvests, and violent danger threatens from outlaws and the armies of both sides. While she struggles against prejudice to do a man's job, John is shot, beaten, shackled, humiliated, and tortured. Tempted by golden promises if he recants, threatened with death if he does not, he tries to cling to his sanity and his beliefs. When he finally escapes, he begins a terrible journey home across war-torn England to find his wife.

This is a story about keeping faith - many kinds of faith - in the face of terror, anguish, and despair.

What listeners say about This Rough Ocean

An English Odysseus suffers the ordeals of imprisonment, torture, and wandering in frozen wilderness on his journey home. His Penelope, Ann Swinfen, suffers her own ordeals as she fights to preserve their family and estate.
It took me a bit of time to enter into the story as I am not very familiar with the events of the period. Once I did the time flew and I listened every possible moment to this long and gripping tale. Highly recommended!

Genuine historical fiction at its best

This book astonished me. A rich evocation of 17th century England and a pitch perfect cross section of characters brought to life skillfully and beautifully by narrator/performer Philip Battley. If, like me, you are a genuine lover of rich historical fiction set in Britain and beautifully written, then this book is for you. If you have read this author's Oxford mystery series (which I enjoyed) then you may be surprised that this book, although not a mystery, is even better than those (and those were very good).

I thoroughly enjoyed this novel. I spent every available minute listening. It is a great historical novel.

The overcoming power of love

This book was fantastic. I was on the edge of my seat the entire time worrying for the poor Swinfens. I enjoyed hearing about both the husband’s and the wife’s difficult journeys. They were both compelling characters and I enjoyed both points of view equally.

A terrific story; the characters were upper crust but then as the story progresses, they are less so. I thoroughly enjoyed the scope of this book. And I liked that the main character was a woman; she had the struggles which no man in the 17th century could understand. How lonely was her life.

Incredible story! It took awhile to get into the story but then it took off. The narrator is fantastic as always.

Another Excellent listen by Ann Swinfen

It did take a chapter or two to get into the story but you need that back drop to set you up in the time/era of the historical events that are happening to set the scene for the terrific story that's to follow. Narration spot was spot on.
Thoroughly enjoyed this book and highly recommend it!
So sad that the author has passed and there will not be any more books from her.

This is an amazing read. You will not regret listening! Sad story of hardship and redemption!

Once the story took off, it was difficult to put down. Loaded with historical detail, Rough Ocean is an excellent portrayal of life in the time period.
It took me quite a few times listening to get into it enough to ignore the narration. Philip Battley has a really nice voice, but the odd pauses and sentence flow had me finally switching to the actual book for a while. Eventually I was so into the story that it didn’t matter as much. Plus, I increased the speed to 1.2 which made a huge difference.
There was very little that was predictable about this story which was all the more entertaining. For instance, certain genres always have happy endings. It’s what’s between the first and last pages that matters.

You have to love this author. Unbeleivable research, nail biting suspense. Just Keep pumping them out!

A great storyteller, thoroughly enjoyed it

Loved this tale, it was a great eyeopener on the historical time period, and the description of the characters and their lives was vivid.
It takes quite a lot to keep me interested in an almost 24 hour listen as it is in-car commute mostly, and at first the narrator's style did not suit me, however by adjusting the speed to 1,25 it soon became familiar and I couldn't wait for my next "episode"

Nothing negative for me, if you love historical novels with a basis on fact and real characters you will love this book and end up knowing a bit more about the tumultuous Cromwellian era.

This book kept my interest from beginning to end, with no dull patches. Phillip Battley narrated at a good (suitable) pace and gave an appropriate voice to each character. Set in the time of the English civil wars this book is both informative and entertaining (not haha, just enjoyable pass time). The story has a solid historical base and left me better informed on some aspects of that period, but without presenting as a history book. I particularly liked the author's erudite linguistic style and whilst the book is placed in the fiction section and is essentially a novel (that's how I see it) the reader/listener does not have the feeling that it was written for a 12-year-old, which I have found to be the case for some fiction works on audible and which is great for 12-year-olds, or 50-year-olds who want to just zone out, but us grown-ups sometimes want to zone out with a slightly more literary piece and this is a great example. Very enjoyable and I recommend this audiobook

Would you listen to This Rough Ocean again? Why?

Yes. The historic detail of the period portrayed is educational and the minutiae of domestic life in the seventeenth century is fascinating

The contrast between the lives of Ann and John

What does Philip Battley bring to the story that you wouldn’t experience if you had only read the book?

His various different accents were spot on

The end, without giving anything away

A wonderful book, for anyone who is a fan of Norah Lofts, this book is a must. Can't wait to try some of her other novels.