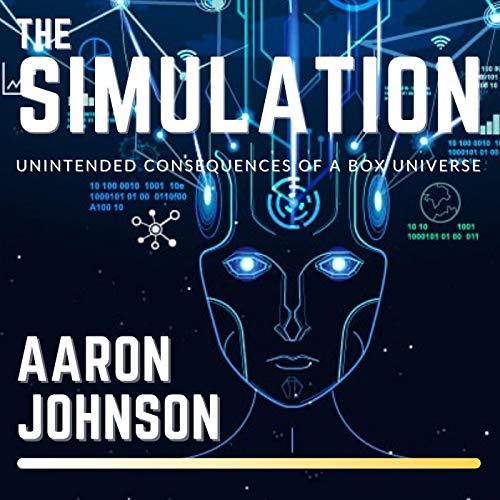 The Simulation: Unintended Consequences of a Box Universe

By: Aaron Johnson
Narrated by: Skyler Morgan
Try for $0.00

An aging programing genius has created what the scientific world said was impossible: a fully functional independent virtual universe contained within a computer simulation, in our reality. His goal: to advance mankind in its evolution from a created life-form to become the creator of life. Dr. Noor Bada combines his magical virtual universe and a sentient AI to inhabit it. Giving the AI one command: “Go as you will and grow strong.”

His path from seeking assistance in this evolutionary step for mankind devolves into an destructive chance at revenge. This all leads to an ending that has implications far beyond his understanding for both his creations and the universes he’s tampered with. Once the box is opened, Dr. Bada finds you can’t stop the nature of life.

The Simulation: Unintended Consequences of a Box Universe is a cautionary romp through what may come to be our own future.

What listeners say about The Simulation: Unintended Consequences of a Box Universe

Loved it, well narrated and story line is very well done. Hope to hear more from this author.

I enjoyed this short story about AI and am interested in seeing what happens next. I hope the author continues this story. I'd recommend this to anyone. The narrator did a great job.

Disclaimer: My enjoyment of the narrator is based on my listening speed. I only leave 5 stars for books I've listened to multiple times. If you like this review please consider giving it a Helpful Vote below.

I requested this book from the author, narrator, or publisher in exchange for an honest, unbiased review.