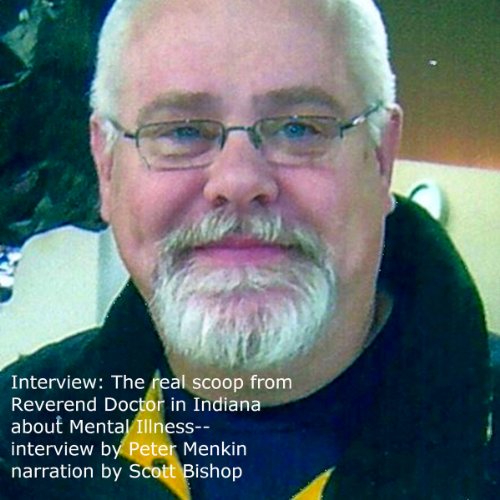 The Real Scoop from Reverend Doctor in Indiana about Mental Illness

The Real Scoop from Reverend Doctor in Indiana about Mental Illness

In a conversation spanning half hour segments numbering seven on the same number of separate days this religion writer talked with the Reverend Doctor Lawrence Michael Cameron, OAC. The subject: Mental Illness. That is the Reverend Doctor's business and has been for 25 years as a pastoral counselor. We talked by phone to his home in Indiana from mine in Mill Valley, California.

An advocate for the mentally ill, Doctor C, as he is affectionately known, bent his comments to let the listener know of his favorable sense of hope for mentally ill people and their treatment. He bent the direction of success for living in the world for the mentally ill in a way that says those with mental illness can have success and happiness. There is an important and positive truth in his remarks, based on psychiatric and psychological truths. Though those with mental illness may not be cured, they do and can manage their lives in a way that provides fulfillment and more normal lifestyles to live in the mainstream in a significant number of instances. He is an advocate and practitioner of this truism, as are his peers. This writer calls this a form of Christian hope and practice in the area of mental health as expressed by the Reverend Doctor.