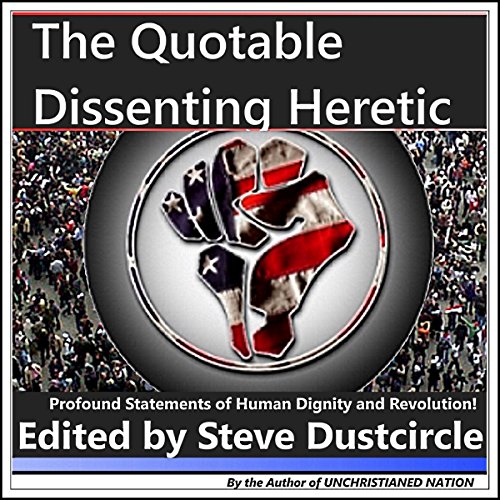 By: Steve Dustcircle
Narrated by: Jeffrey Scott Hendrick
Try for $0.00

A lot of people are not happy with politics. In many family gatherings, politics (and religion) are often frowned upon during conversation, and is usually the cause of much heated debate, incensed arguments, and possible disfellowshiping.

But even if the topic of politics is taboo, we all agree that it's an important part of our everyday lives. Everything we do, everything we buy, everything we wish to avoid has to do with politics.

No one can say that they don't care about politics. They might not know a lot about the political landscape, but all of us are on some level or another concerned with how our country is run, and how policies affect each of us corporately and individually.

These matters and concerns have bothered and encouraged many now, as they have since the birth of politics and government leadership. And it will do so far into the future.

Most people want to be left alone, as long as they're not harming anyone. Some want a just leadership that is not abusive. Some want to be their own leader. No matter where you stand politically, or what party (or non-party) you show allegiance to, we all pretty much want the same thing: life, liberty, and the pursuit of happiness.

Some people stood up for themselves, and some people weren't allowed to stand at all, but all had a voice. Some were political, some were philosophical, but all were thought-provoking.

What listeners say about The Quotable Dissenting Heretic