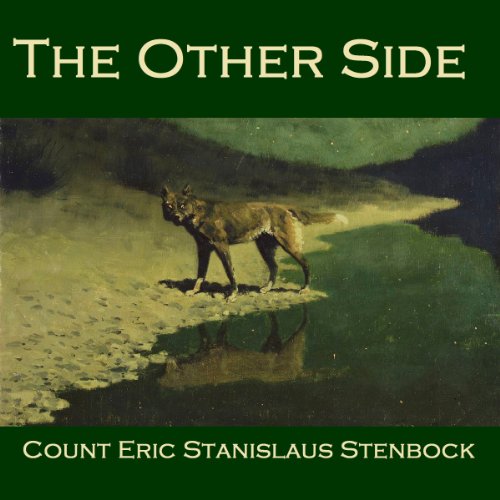 In the macabre tale The Other Side, Stenbock explores the werewolf theme in the sinister setting of a village on the edge of a stream. On the side where the village is, everything is peaceful and pleasant. But on the other side, where the forest is, there are werewolves, witches and other sinister beings.

When the young boy Gabriel is tempted to cross the brook to pick a beautiful and mysterious blue flower, he finds himself in a beautiful but terrible nightmare in which he is in the thrall of werewolves and other mysterious inhuman beings.

Count Eric Stenislaus Stenbock (1860-1895) was an aristocrat of German-Estonian origin who lived in England. He wrote weird, macabre fantasy fiction and was a favorite of H. P. Lovecraft. He was well known for his eccentric lifestyle, keeping snakes, salamanders and toads in his bedroom, and owned a bear, a reindeer and a fox. He had a life-size doll with him at all times which he claimed was his son.

What listeners say about The Other Side