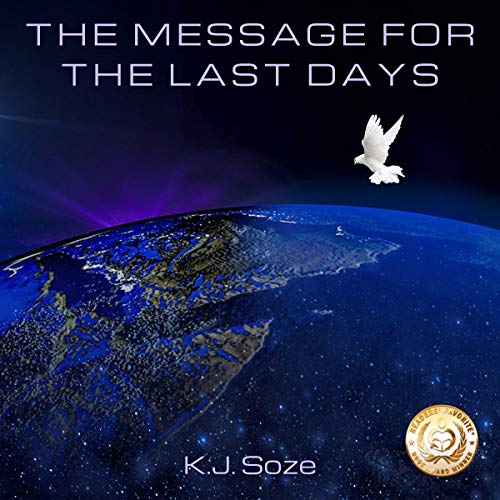 The Message for the Last Days

The future is revealed through a detailed understanding of ancient historical documents. The Message for the Last Days explains the history and progression of end time prophecies found within and outside of the Bible. It reveals the original message compared to changes over time leading to modern interpretation.

The Message for the Last Days explains how modern Christian culture has created numerous beliefs about end time events, while determining that there can only be one correct answer based upon the original intent. Extensive research traced the roots of Biblical prophecies to build a foundation for predicting which interpretative method fits the single solution. It clearly shows where we started and where we are going in a logical, step-by-step format. The results are revealed to be vastly different than most widely held Christian cultural beliefs today. The answers will be surprising to many as to the extant that modern culture has affected Christianity.

How can we know what the future holds if we don't understand the past? This question is at the heart of this audiobook as much of modern Christian culture has lost its roots. The crux of the audiobook is derived from Biblical interpretation methods that were used in a consistent manner to find hard truths about our fate mentioned in the Bible.

Topics include answers to these questions:

There is no religious association or affiliation with any denomination, Church or other organization to this audiobook. It is the work of independnt research outside of any bias within sects.

KJ Soze is an independnt publisher that provides detailed Biblical research of complex topics. This new audiobook cuts across various Church and denomination lines to find unity and clarity for those who hold differing beliefs about salvation (such as the rapture and the resurrection).

What listeners say about The Message for the Last Days

This is a highly informative book about end times according to biblical prophecy. The author has done a great job.

It's an Awesome book! So much information and all of it is backed up with scripture.

An excellent resource on Bible prophecy and end times. It is up-to-date and current. I strongly recommend it to anyone!

This book is well investigated and clear. I love the way he builds the information.

Excellent book! K J Soze lays everything out perfectly and clearly. This book is recommended by me.

A must-have for anyone

This is a must-have for anyone interested in End times events. It is very clear and well organized.

We Should Think About The Future

This book is very well-written, clear, easy-to-follow, yet thoroughly bathed in God's Word. We have a marvelous future ahead of us--we need to know what it is! We also need to share Jesus with those who don't yet know Him so they can join God's family too!

This book is a great eye-opener to all God has written in His Book of Life. I will be there. Everyone should study this. I have listened to it twice and learned more the second time. Reading it the third time is coming up soon. Thank you, Mr. Soze.

What an informative book

This book gave very clear meaning to a subject that has been a bit confusing for me and many others. It describes the Word in very clear and very literal phrasing which only makes sense. All prophecy has come to be in a very literal way so it makes sense that the end times would be happening in a literal way. It gives perspective to a fascinating subject that concerns us all.

Excellent, very well informed, just what I was looking for and a good audiobook for myself and the NSA and anybody else!

As you know through the timetable presented here be sure to look up the verses mentioned. Not a lot of verses are written out but there are ample amounts of references that the author refers the listener to. I did not look up each one but did look upmost and found it really helped me grasp what was being presented.

We have used the book during our lunchtime gatherings for reading and discussion. It is an excellent book discussing the end times.

Soze writes simply and clearly about the End Times events so that even those of us without any Theological Degrees can understand. I found this book to be very helpful, as I taught others in Prophecy Bible Studies.

This book has already been a great help to me in my study of the end times.

Starts a little slow but ends well. Very informative and insightful. Enjoyed it. Time is short. The end is near for the Lord to return and gather his church to himself no doubt.