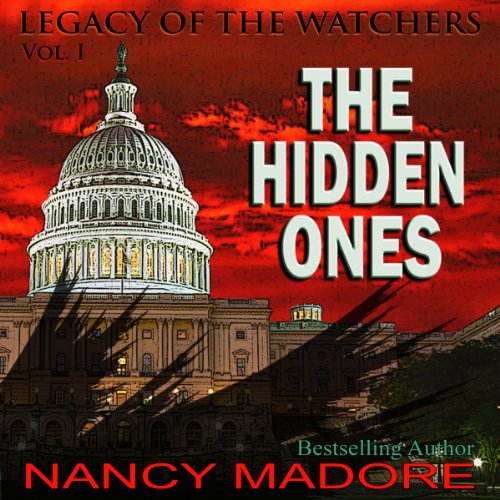 By: Nancy Madore
Narrated by: Anne Johnstonbrown
Try for $0.00

Legacy of the Watchers

Thousands of years ago, something came out of the sky that changed the course of human history. Testimonies abound of these ‘angels' and their hybrid offspring, the ‘Nephilim' giants. These mighty ‘gods' quickly rose to power, and the ancient world came alive with industry and culture. Many consider this period in history to be the ‘dawn' of our civilization. People who lived as hunters and gatherers for hundreds of thousands of years suddenly began settling in one place, cultivating the land and even governing themselves. They invented irrigation, the wheel, protective armor and algebra. They somehow acquired knowledge of our solar system that even modern technology wasn't able to confirm until the 1970s. Most importantly, they began to read and write. Yet an undercurrent of terror was spreading like wildfire, carrying whispers of ‘djinn,' ‘daeva' and ‘demons.'

The Watchers were supposed to do just that: watch. But humankind proved far too tempting and they ‘fell' to earth, taking wives for themselves and even having children. But their children grew into unruly giants whose souls didn't ascend like human souls, but remained here, on this earth. These errant Nephilim souls haunt the earth to this day. They are the ‘djinn,' the ‘hidden ones,' also known as ‘daeva' and ‘demon.' They have one purpose-to live. But to live they need bodies.

This chain of events has now reached the point where the djinn need more than just our bodies to survive. They must take back control of the earth, just as in the days when they ruled as gods.

As CEO of her own thriving company, Nadia Adeire is flush with success, but a secret society dating back to the Essenes believes her to be one of the ancient djinn-the notorious demoness of Hebrew legend, Lilith. What's more, they have reason to believe that she's plotting a catastrophic attack on the world.

Nadia is snatched from her ‘perfect' life and trapped in a maze between a present day disaster and the ancient legends of the djinn. The only way out is to retrace the steps of her deceased grandmother, Helene. The deeper Nadia goes into the past, the harder it will be for her return unscathed. But it is the only way to stop the impending disaster that was set in motion five thousand years ago.

What listeners say about The Hidden Ones

Fantastic read. How clever is Madore? Weaving a modern day story with a time line in the 1940's and then again in ancient Mesopotamia was masterful. Jinn and giants written about over the ages come to life as they were portrayed in our most sacred religious texts. The plot and twists weave a story that's engaging, and smart. Nadia is kidnapped and taken to a secluded place and is forced to reveal stories passed down to her through the generations of women in her family as they seem to unlock the keys to mysteries we've all wanted answers to. But there is another twist, time is of the essence as answers need to be derived quickly to prevent a terrorist attack on US soil. I can't wait until the sequel, I've found another author I can't put down. Enjoy!

The only real problem I had was with the performance. The character Clive sounds ridiculous. Kind of sucks that the one black character has to stand out so much to be black. It is boarder line offensive. It isn't. Just saying