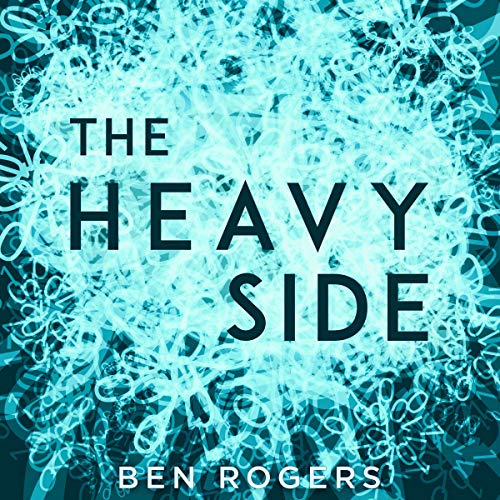 The Heavy Side: A Novel

By: Ben Rogers
Narrated by: Janet Aldrich
Try for $0.00

A hotshot Silicon Valley programmer teams up with a Mexican drug cartel in this literary thriller. Vik Singh has developed a lucrative app for drug dealers, and now both the DEA and the cartel are hunting him. Narrated by Vik’s girlfriend, Remi, the story grapples with America’s insatiable hunger for drugs and the human toll it takes. We witness a young man confronting his artistic pride and a young couple trying to make up for past betrayals.

“As original as it is mesmerizing.” (Matt Gallagher, author of Empire City)

“One of the smartest and best literary works you will read this decade.” (Caleb Cage, Nevada Writers Hall of Fame Silver Pen recipient)

“Rogers’ precise language makes the twists of Vik’s code as involving as the particulars of his getaway plan.” (Jenny Shank, winner of the High Plains Book Award)

“Springs from the well-organized mind of an engineer with the soul of a storyteller.” (Mark Maynard, Nevada Writers Hall of Fame Silver Pen recipient)

“Filled with tremendous writing about the meaning of code, and what coding a masterpiece might be like. It fills a spot on the bookshelf next to the mesmerizing works of James Ellroy.” (Joseph G. Peterson, author of The Rumphulus)

What listeners say about The Heavy Side: A Novel

Love the narrator, took awhile to get into the story

I wasn’t sure I liked it at first but it ended up being a gripping read! Thoroughly enjoyed Ms. Aldrich’s performance, I hope we will hear more from her.