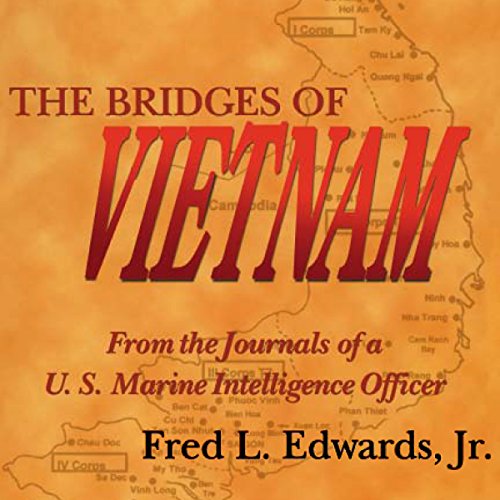 This audiobook is built around Fred Edward's journals, sent home during his first tour in Vietnam in 1966-67. His own meticulous research fits his individual experiences into a larger context, through Postscripts, extensive notes, and a thorough historical chronology.

"Killing the enemy was not the challenge; finding him was, and Edwards' superiors wanted to ensure this was happening at sea and ashore... The result is a narrative with a feel and authenticity that make it a worthy book... ( Military History of the West)
"While he was searching, Edwards found time to keep a journal, an extremely well-written, sharply observed report of his adventures. Along with contemporary postscripts and a helpful historical chronology, that journal is a significant improvement on most Vietnam memoirs. It is the record of a Marine's on-the-job education." ( Proceedings)

What listeners say about The Bridges of Vietnam

I can't begin to detail all the ways that this boo

To start with the narrator never bothered to learn how to pronounce the place names correctly.

The author had a plum job in country but tried to make himself out to be more than he was.

Not at all what I expected from a Marine officer.

This is the only book I am sending back for a refund.