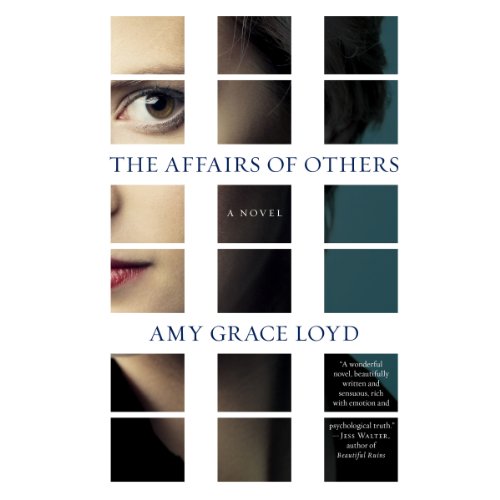 The Affairs of Others

By: Amy Grace Loyd
Narrated by: Kathe Mazur
Try for $0.00

A mesmerizing debut novel about a young woman, haunted by loss, who rediscovers passion and possibility when she's drawn into the tangled lives of her neighbors.

Years after her young husband's death, Celia Cassill has moved from one Brooklyn neighborhood to another, but she has not moved on. The owner of a small apartment building, she has chosen her tenants for their ability to respect one another's privacy. Celia believes in boundaries, solitude, that she has a right to her ghosts. She is determined to live a life at a remove from the chaos and competition of modern life. Everything changes with the arrival of a new tenant, Hope, a dazzling woman of a certain age on the run from her husband's recent betrayal.

When Hope begins a torrid and noisy affair, and another tenant mysteriously disappears, the carefully constructed walls of Celia's world are tested and the sanctity of her building is shattered - through violence and sex, in turns tender and dark. Ultimately, Celia and her tenants are forced to abandon their separate spaces for a far more intimate one, leading to a surprising conclusion and the promise of genuine joy.

Amy Grace Loyd investigates interior spaces of the body and the New York warrens in which her characters live, offering a startling emotional honesty about the traffic between men and women. The Affairs of Others is a story about the irrepressibility of life and desire, no matter the sorrows or obstacles.

What listeners say about The Affairs of Others