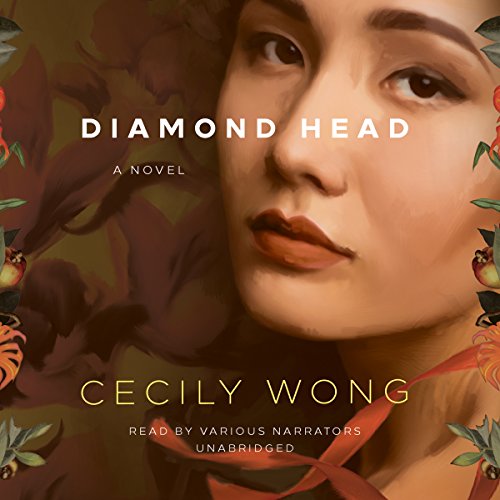 Diamond Head is a sweeping debut from a young, powerful new voice in fiction that follows four generations of a wealthy shipping family whose rise and decline is riddled with secrets and tragic love.

At the turn of the 19th century, Frank Leong, a fabulously wealthy shipping industrialist, moves his family from China to the island of Oahu. But something ancient follows the Leongs to Hawaii, haunting them. The fabled red string of fate, the cord that binds intended lovers, also punishes mistakes in love, passing a destructive knot down the family line.

When Frank Leong is murdered, his family is thrown into a perilous downward spiral. Left to rebuild in their patriarch's shadow, the surviving members of the Leong family try their hand at a new, ordinary life, vowing to bury their gilded past. Still, the island continues to whisper fragments of truth and chatter until a letter arrives two decades later, carrying a shattering confession.

Now the Leongs' survival rests with young Theresa, Frank Leong's only grandchild, 18 and pregnant, the heir apparent to her ancestors' punishing knots.

Told through the eyes of the Leongs' secret-keeping daughters and wives and spanning the Boxer Rebellion to Pearl Harbor to 1960s Hawaii, Diamond Head is a breathtakingly powerful tale of tragic love, shocking lies, poignant compromise, aching loss, heroic acts of sacrifice, and miraculous hope.

What listeners say about Diamond Head

what an emotional roller coaster. there were times I was lost on who was who but I really enjoyed this book. from laughing to crying this book had me hooked!

Leaves you wanting more of the tale. I am very glad that I took a chance on this title.

The book was great but I was so disappointed with the ending. It ended kind of abruptly, leaving several stories within hanging.

I enjoyed the historical aspect of this book but I wish I hadn't read it. I don't like sad depressing books. it was assigned for bookclub or I wouldn't have finished it. the performance was excellent and it was well written.

When you choose to set your story in an exotic location like Hawaii and use the Island language and as part of the descriptive text you also have a responsibility to pronounce the words correctly. I counted at least 5 times words were pronounced wrong. It labeled the writer as a tourist, not a Kamaaina.

What aspect of the narrators’s performance would you have changed?

The narrators did a great job with what they were given to work with. none of my issues are with the narrators.

While I appreciate having multiple perspectives in novels, it wasn’t used to the best effect in Diamond Head. It was completely unnecessary to have the chauffeur’s point of view start out the story and pop up in different spots. It added nothing to the story. The story was so disjointed that I had trouble connecting with the characters. There was no forward momentum. Each character’s motivations were always revealed much too late in the story, well after I had stopped really caring or moved on. Parts of the story, usually what was happening ‘currently’ dragged on, but the parts of the story that I found really intriguing, Hong’s story and Theresa, were given almost no time or was smushed in at the end. I know the story was focused on the Leong women’s point of view but I wanted to know more of the character of Bohai/Maku. I don’t necessarily want him to be added as a narrator, but just knowing a bit more of his character would have added added quite a bit to the story. Some of the choices that the characters make just didn’t make sense to me. Like when Lin, who was sold to her husband Frank by her father at a very young age, buys a 14 year old concubine to produce a male baby then treats the girl like shit. It just doesn’t make sense to me. I don’t have to particularly *like* any of the characters a book to love the book, but you have to at least understand and empathize with that disliked character for it to work. And I just don’t get it, I don’t feel connected with any particular character. The family drama was such that I *kinda* wanted to know what was going to happen, but I didn’t *have* to know. Like glancing through a People magazine at the doctor’s office. Maybe I would have enjoyed it more if I had been reading it slowly over a month or so, reading a chapter or two then putting it down for a week. But honestly, I think I wouldn’t have picked it back up ever.

There are some beautifully written passages and overall the writing itself is ok. Not great, but good. I enjoyed the descriptions of Chinese and Hawaiian culture and traditions. I feel like I would enjoy Cecily Wong’s writing more in a different format, maybe short stories rather than a novel. Honestly if this book had been arranged as each woman’s (and other characters also) perspective as a stand alone short story, I would have been inthralled.

I was going to give it 3 stars because it was just ok, but I didn’t dislike it. Then I got to the ending. It was just so completely unsatisfactory. The big reveal happened, but was wholly predictable. There was no catharsis and really no wrapping up. I think I would have been better off just stopping the audiobook with 2 hours left then finishing it. 2 stars it is.