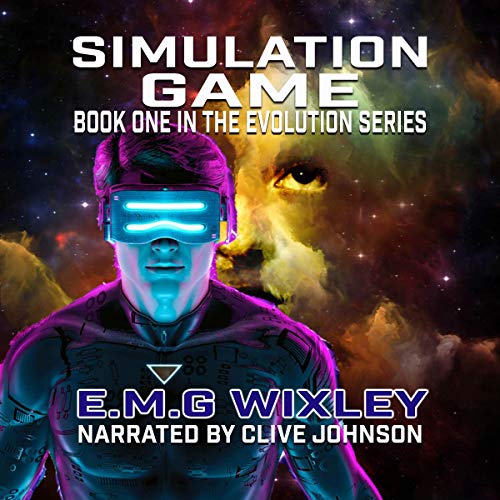 Felicity Devon enters a remote suicide wood. Her avalanche of despair is due to her own personal demons and the secrets and lies surrounding her sister Elley’s disappearance. By chance in this place where the end game is played out she meets Jonah, a young man also struggling under the weight of a terrifying secret, his beloved father’s recent death, and the loss of his own sister. United in sorrow they decide to join forces and discover the truth behind the mysteries of their turbulent pasts. In the process, they step into a frightening and uncertain future.

Dante Felicity’s father is obsessed with his creations the worlds first quantum supercomputer and his unique virtual reality games. His son Irvin shares his passion for technology and rapidly becomes fully immersed in his father’s latest game. Soon, Irvin discovers this is not the only game being played.

Young and old struggle to survive in a world where reality and truth are no longer inevitable and shouldn’t be taken for granted.

What listeners say about Simulation Game

Overall a very interesting story, with deeper scifi plot elements that unpack the further you progress through the story. It even has some Post-Apocalyptic aspects that really take it further. Overall the story is well written and the performance is OK, the tone he sets for the story and characters is a bit dry at first, but after a chapter or two you will be used to his style!

This book was like diving into the "matrix conspiracy" but in a whole different perspective. I loved the whole book from start to finish and couldnt get over the complexity of the characters and storyline. definately would reccomend especially to tech lovers!

I was blown away by this book. I have no words that would match the greatness of the world E has created. It is Sims in extra strong steroids. This author is brilliant!gOMG!!!

When reality and the virtual world blur together the shadows rise up!

This one was interesting. It was a mind bending psychological thriller with a well done story and solid narration. While it wasn't quite my flavor, I recognize that a lot of people will really enjoy it.

Enter the world of virtual reality making it difficult to negotiate between reality and the virtual world created by Felicity's father. This story had me guessing at each step. It's fast paced and packed full of suspicions and suspense. The world building is phenomenal as the author builds this alternate believable reality. From character building to effective yet not over whelming descriptions this is a fantastic story.

Wixley is a talented author that surprises me with each new book. Her talents extend into fantasy, horror and now sci-fi. She creates worlds my mind couldn't dream of.

I think anyone who enjoys a good thriller would enjoy this story even if sci-fi isn't your cup of tea.

This is a very deep psychological sci-fi thriller can be confusing at times. I did enjoy the characters Felicity Devon; her father Dante computer genius develops a supercomputer that takes control of their lives in virtual reality. Felicity enters into woods and befriends Jonah (his sister is taken by trafficker) both search for her sister Elley as well as many family secrets when the computer takes over. Recommend if you enjoy different sci-fi. I was given this free review copy audiobook at my request and have voluntarily left this review. Thank you

I have been going through my books, and found that some that I had listened to I hadnt posted a review, these ones wont be as detailed as ones I have listened to recently but I wanted to be sure they still got the marks I would have given them, had I thought about them at the time.

I want to say, I chose this story for the cover itself more than what I read in the description. I never read the reviews until after I have listened to the book itself and have my own point of view on it. This book gives you the mystery answer too early in the book, There was some areas that needed a lot more explanation in them.

Narrator seemed to be bored reading this and too mono-toned for the book. If read by someone else, it might make the story come to life so much more than this.

I was hoping for more of a Ready Player one vibe, but once I stopped hoping for that, the story took on its own shape and was good. The narration also paired very well with the story.

Note at the time of this review audible did not have chapter titles for this title.

This book was provided for review, however, the thoughts and opinions are my honest review.

Sad review not what I was hoping for!

So I have to leave this review and it saddens me. I couldn't even finish the book. I restarted the book over 10 times trying to get into it. I couldn't follow the storyline and I am not sure if it is because of the writing or because of the reader. The reader's old-style voice makes a book about Sci-Fi all wrong. I kept trying to place the books time period to the medieval era or about that when there was no electricity or running water.

So when the technology is in play I'm confused and have no idea what is really happening. If this book is re-read by a different reader it may actually improve the story. But for now I cannot finish the book and it was not enjoyable.

It needs a bit of work

One of the things that I truly dislike in fiction stories is when writers do not give any context for the world the characters are living in. Wixley does this and I found it a bit irritating. The story ends up being okay, but I was aggravated by the way it was told.

Johnson does an okay job.

It is, overall, an okay book.

A very good and deep psychological thriller of a book that will have you questioning reality. It is not a light listen, and the story makes frequent twists and turns. Whilst the narrator is good, it wasn't always easy for me to follow transitions between characters.

The plot has a very new idea for me and there is a possibility that this story has the potential to attract all kinds of readers from listener/ readers that enjoy thriller and suspense.

I am an avid lover of cyberpunk and simulation and was recommended this book. The story evolves from what seems a straight forward child gone missing story into something much deeper, even apocalyptic with a good number of twists and turns. I added the 2nd book to my library. If you like light sci fi, cyberpunk or in to simulation theory you are going to really enjoy this listen.

I am sorry I cant review the actual story as I couldn't get through the first chapter with this narrator.

Every sentence spoken ends with a raised inflection making it sound like a question, or as though they aren't sure. It is really frustrating to listen too.

While the central mystery and sci-fi setting drew me in to begin with I found the book to be all over the place and I really struggled to follow at points, often having to rewind parts because it just couldn't keep my attention for the 6 hour run time.

This was my first dilation book I have listened to. I really enjoyed it, hearing about something new for once. A new story, fun characters and a very interesting situation.