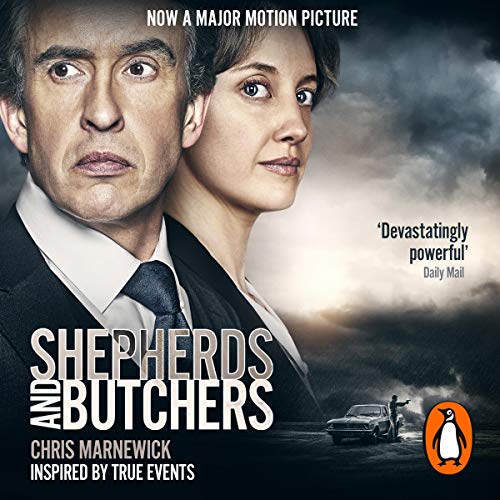 By: Chris Marnewick
Narrated by: Peter Noble
Try for $0.00

South Africa, 1987. Apartheid. When Leon, a white 19-year-old prison guard working on death row, commits an inexplicable act of violence, killing seven black men in a hail of bullets, the outcome of the trial - and the court's sentence - seems a foregone conclusion.

Hotshot lawyer John Weber (played by Steve Coogan) reluctantly takes on the seemingly unwinnable case. A passionate opponent of the death penalty, John discovers that young Leon worked on death row in the nation's most notorious prison, under traumatic conditions: befriending the inmates over the years while having to assist their eventual executions.

As the court hearings progress, the case offers John the opportunity to put the entire system of legally sanctioned murder on trial. How can one man take such a dual role of friend and executioner, becoming both shepherd and butcher? Inspired by true events, this is the story that puts the death penalty on trial and changes history.

What listeners say about Shepherds and Butchers

The book was well read with good characterisation, but the details of the death sentence are so harrowing, I could not continue to listen. Had it been just one account of hanging, I could have stomached it, but the intensity of detail continued and I felt physically sick. A shame, because I am sure the tension of the story would have played out well.

Has Shepherds and Butchers put you off other books in this genre?

Some of the descriptions in the courtroom

Was Shepherds and Butchers worth the listening time?

A pity I am too sensitive to listen to more.

Absolutely brilliant. A story I would have struggled to read but as an audible it was gripping and addictive. The narration was incredible and totally in character. I already feel I need to listen to it again.

What did you like most about Shepherds and Butchers?
The book and the way it was narrated I found deeply disturbing in the sense that I could identify with the characters and feel their emotions. I listened to this book and I have read the book, and the history and violence of South Africa became real again for me.

What other book might you compare Shepherds and Butchers to, and why?
None other

What does Peter Nobel bring to the story that you wouldn’t experience if you had only read the book?
The accents and the tautness of the dialogue

Was there a moment in the book that particularly moved you?
So many of them

Would you consider the audio edition of Shepherds and Butchers to be better than the print version?

Unfortunately not. The author kept characters speech in their native tongue at times, so unless you can speak or understand Afrikaans or Xhosa, some aspects of the story can be a tad frustrating... But these parts make up for perhaps 15% of spoken language. Nevertheless, there is a language index at the end of the book, which would be a LOT easier to use in printed version rather than audio version.

You really get a sense of the criminal justice system in South Africa during that time, and it beautifully encapsulates the two-pronged-nexus that exists in the prisoner/prison officer relationship.

What does Peter Nobel bring to the story that you wouldn’t experience if you had only read the book?

A real sense of authenticity.

The story was interesting and an eye-opener anout the South African prison system and how the death penalty worked in South Africa. The book was well written and very factual well but at times I found it a bit slow. What I disliked the most about the story was the way there was a constant repetition of different prisoner's names. The performance was good and I liked the different voices the narrator used. His accents were excellent.

I could not finish this book, difficult listen

I could not finish it, very difficult to listen to, so many killing, mostly unnecessary. I'll try for a refund