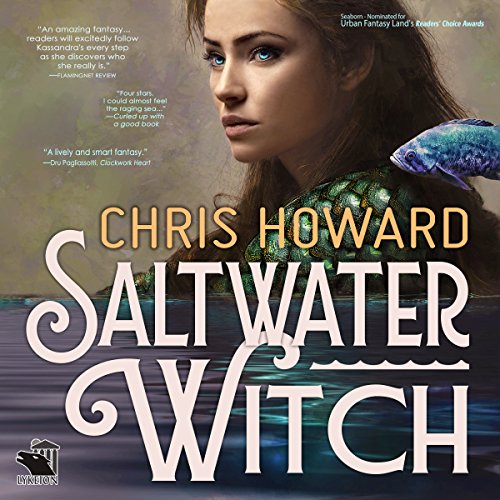 Kassandra comes from the sea, but she has no memory of salt water, seagulls, or an incoming tide. She's never seen an ocean, never heard the thunder of surf. She's an exile, betrayed by her own family, sent as far from the sea as they could arrange - somewhere in the middle of Nebraska.

Everything changes the day she drowns in Red Bear Lake, and discovers she can't really drown. Not in the way everyone else can. Then a 2,000 year-old king wakes inside her head and turns out to be a prodigy with mathematics. Kassandra cries for the first time in her life, and learns that her tears are doorways for calling things from the sea. With clues from summoned sea-demons and the voices in her head, Kassandra sets out to find out what the hell is going on...and discovers she's a prisoner, trapped between a murderous grandfather who controls an army of the drowned dead, river witches who spy on her through the plumbing, and Ms. Matrothy, the Girl's Department Director, who's been trying to kill her since she was four.

What listeners say about Saltwater Witch

Oh yes! This is such a fresh fantasy story unlike any I've read before. Chris Howard has an incredible talent to create a whole new world and culture, but makes it relevant to the point where you believe it could be true. I loved it!

What other book might you compare Saltwater Witch to and why?

In creating Cassandra's new world, I liken Saltwater Witch and Chris Howard's writing to JRR Tolkien. He makes you believe it is reality with such interesting characters, lots of edge of your seat situations and great history and description of a wonderful new world in the ocean.

Have you listened to any of Chris Howard’s other performances before? How does this one compare?

This is the first audio book I've listened to done by Chris Howard. He's got a great voice for audio story telling!

That Cassandra finds her father.

If you like fantasy and a great story, give this a try! It's terrific!