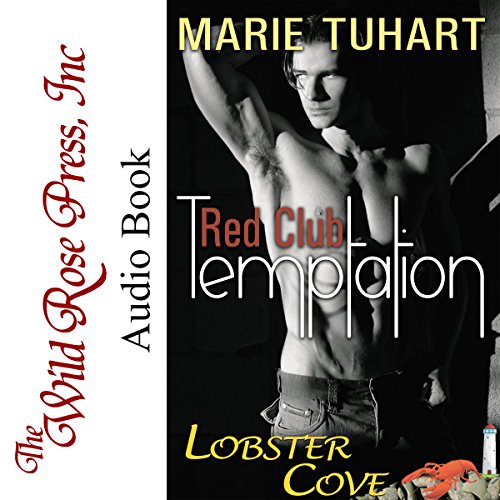 By: Marie Tuhart
Narrated by: Austin Kincaid
Try for $0.00

She needs a dungeon master. He needs her secrets.

Caleb Drake has returned to Lobster Cove to find out what makes the Red Club so successful, only to discover the sexy redheaded sub he met the night before is actually his boss. He vows to keep business separate from pleasure, but the temptation to see if the iron-fisted club owner is truly submissive in the bedroom becomes too much.

But when Caleb's ulterior motive is revealed, will Jessie be ruled by business...or pleasure?

I had a really hard time with the narration on this one and would have just returned the audiobook but it was fairly short, so I decided to stick it out. I'm glad I did because I actually really enjoyed the story once it got going. Jessie and Caleb were both interesting and likable characters, and the story was pretty hot. Austin Kincaid has a nice voice but it just felt like one long run-on sentence because there were no pauses at the end of each sentence which made it very difficult for me to listen to. Either it got better as the story went on or I just got used to it.
🎧AudiobookObsession

Wow, I kinda need a cold shower. This book is short and hot as hell. Great performance from Austin. It shows that people are human and make mistakes. There is potential for more from these characters and setting.
#audiobookobsessionreviewer

Austin Kincaid was a fantastic narrator. His character voices were consistent and distinct. He did a fantastic job with the female voice. I enjoyed his quicker pace.
#AudiobookObsession

Austin Kincaid made the story easy to follow. He kept the characters consistent. Mr. Kincaid was able to create a very strong, alpha in Caleb. Mr. Kincaid brought Caleb to life.

i received this audible via BooksOnsessiin

I loved this book. A nice flowing book to follow along while working.

All in all, I really enjoyed this. At its core, it was a fairly straightforward second chance love story. Add the BDSM club atmosphere and it takes on a whole other level of steam. Both of the main characters were very likable, and there was good chemistry between them. I thought Austin Kincaid did a good job with the voices. I'm personally partial to a deep male voice for narration, and Kincaid certainly has this to spare. He managed to make the female voices sound pretty realistic too. My only problem with his narration was that he seemed to be rushing through the text. Pauses seemed to be missing where they would naturally occur. It took me a bit to get used to the style...once I did, I enjoyed listening. I'd still have preferred for him to take his time though. It would have added minutes to the recording, but I feel like it would have been well worth it.

I want to start this review by mentioning the narration. I encourage you to listen to the sample. Austin Kincaid’s cadence is…different. He doesn’t pause between sentences and that makes the pacing uneven. I promised to write a review, though, so I persevered through the audio. I don’t know if the narration got better, or I got used to it, but about halfway through it wasn’t bothering me nearly as much. In the end, I was able to get past it and simply enjoy the story.

I love BDSM and am always game for another book. This story is set in the world of Lobster Cove, a little sleepy tourist town. Red Club has become a tourist attraction in and of itself, attracting regulars, the lookie-loos, and everyone in between. Jessie is the owner of the club. Raised by her dominant mother, she was groomed to take over the club, doing it upon her mother’s untimely death. In her public life she is no-nonsense, hard working, and doesn’t take any bull. In her private life, she yearns to submit. But not just to any man. She tried once before and it didn’t work because her lover didn’t believe in delineation. As far as he was concerned, she had to submit in every way. For an independent and fiery woman, that didn’t work. Jessie doesn’t need a master and a 24/7 relationship – she needs a dominant in the bedroom to make all her fantasies come true.

Enter Caleb Drake. The boy who broke her heart, and left town in disgrace. He’s back, and has been sent to Club Red to find out the secret to its success. He applies for a job and Jessie’s happy to hire him as a dungeon monitor. He comes with impeccable credentials and a great reference. He’s a good team player and he proves his worth. When he offers Jessie a sexual and D/s relationship, she agrees. She’s laid out her boundaries and he’s respectful. Then she discovers he’s a spy, and her heart is broken all over again. The question is whether she can forgive him and whether he’s open to making a home in Lobster Cove.

This is a good story, but I just want to mention one thing. There are a lot of consent violations in this short book. I know dungeon monitors who’ve been doing this for twenty years and have seen very few, if any, consent violations. These aren’t regular occurrences. That being said, they were handled well, and there was a feeling of authenticity to the story. Setting aside the narration, the book was good and I enjoyed it. Like I said, once I got used to the narration, that wasn’t so bad in the end.