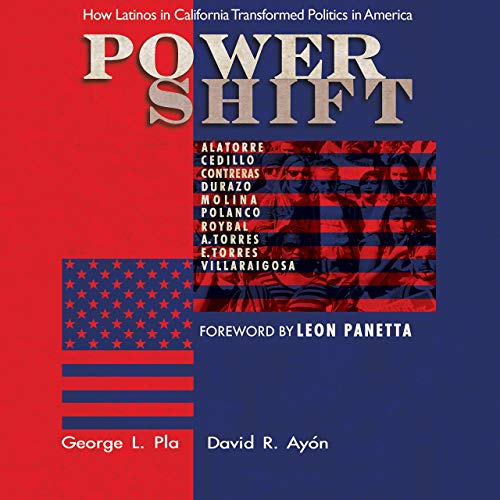 “Here is the real story of how Latinos turned big numbers into real power.” (Jorge Ramos, Emmy Award-winning news anchor, Univision, and author of Stranger: The Challenge of a Latino Immigrant in the Trump Era)

Power Shift charts the rise of Latino political power and its impact, from the breakthrough election of the first Mexican American to the Los Angeles City Council in 1949 to today’s leadership of California and its heavyweight role in polarized America. This inspiring story recounts the origins and development of 10 LA-based Latina and Latino leaders who transformed politics and government, forging a progressive political tradition in the process.

Challenging disadvantage and discrimination, these key figures integrated the city council as well as school and county boards; established Latino collective political action in the state legislature and in Congress; restructured the US Census and how California’s electoral districts are drawn; and played major roles in reforming the Democratic Party, the US labor movement, and US-Mexico relations. Along the way, they spearheaded critical changes in public health, law enforcement, education, housing, immigration, transportation, environmental policies, and more.

Based on hundreds of hours of oral interviews and expert research, Power Shift tells a personal, gripping story that has critical relevance to our political present. As the nation faces ongoing threats to democracy and equality, these leaders continue to inspire and resist.

“MUST READ: Masterfully written, Power Shift shows how Latinos in California, in their quest for the American Dream, developed the political and economic might to transform politics in what is now the world’s fifth-largest economy. Pla and Ayón’s remarkable historical account is designed to educate and engage a new generation facing one of the greatest challenges to our democracy.” (Maxine Waters, US Representative for California’s 43rd Congressional District)

What listeners say about Power Shift