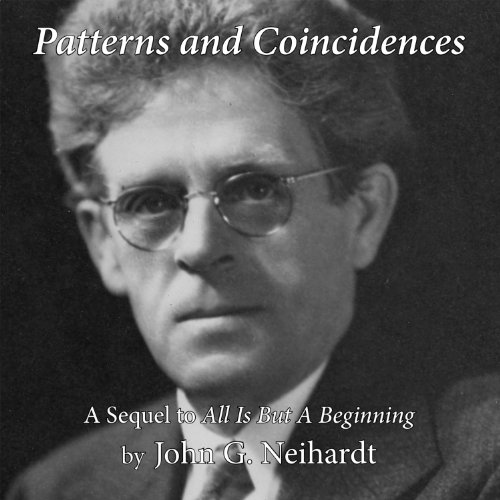 By: John G. Neihardt
Narrated by: Robin Neihardt
Try for $0.00

This volume is a continuation of the autobiography of John G. Neihardt All Is But a Beginning, offering a final glimpse into his fascinating life. Covering the years 1901-1908, he weaves a mosaic of personal fulfillment, joy and sorrow, reflecting on the successes and failures he experienced during his "mature" years. As only he could, Neihardt shares a mingling of romantic anecdotes alive with names and faces he sought out or fought for along the way.

Writing with warmth and sensitivity, the late Poet Laureate of Nebraska tells of his early newspaper days, his struggle to write poetry, his family, his encounters with nature, his relationships with Indians, and the various people who, whether met once or often, had a profound effect on his life. Using a conversational style, the author does not present episodes in chronological order. Rather he begins to elaborate on one memorable experience, then quickly draws out, without warning, another one that occurred years later, tying them into a pattern or coincidence.

The audiobook's epilogue is written by Neihardt's daughter, Hilda Neihardt Petri. Summarizing her father's visions, daydreams, and philosophy, she movingly concludes that with his death on 3 November 1973 Neihardt's "great adventure had begun."

The late John G. Neihardt is best remembered as an authority on the traditions and customs of the Sioux Indians. Neihardt, named Poet Laureate of Nebraska in 1921 and Prairie Poet Laureate of America in 1968, was literary editor of the St. Louis Post-Dispatch from 1926 to 1938 and poet in residence and lecturer in English at the University of Missouri-Columbia from 1949 to 1965. The author of some 25 volumes of poetry, fiction, and philosophy, his works include Black Elk Speaks, Lyric and Dramatic Poems, and A Cycle of the West.

What listeners say about Patterns and Coincidences