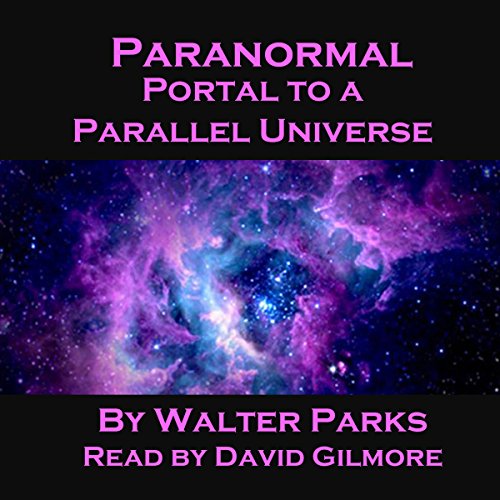 By: Walter Parks
Narrated by: David Gilmore
Try for $0.00

We can use our imaginations to see things that our five senses cannot detect. Einstein's imagination gave us the reality of relativity that our senses could not detect. Use you imagination.

My friend Dr. Robert (Bob) Russell said that he knew a girl that could communicate with the dead. I didn't believe him. He invited me to an "encounter" to prove it.

We went to a very weird old house where a Paranormal Investigative Team was working. The team was led by the girl Amy, about 25 or so. She had another girl and two guys about her age as the rest of the team.

They had some pretty sophisticated equipment. Their equipment recorded the event in detail.

The temperature-sensing equipment showed significant and rapid temperature drops when the "entities" appeared.

Their electromagnetic sensors recorded the spikes of appearance and higher than normal levels as their presence continued.

Their infrared cameras detected image hot spots that varied in size from small orbs to life-size wisps of bright energy.

Their acoustic equipment recorded static "noise" and varying levels of frequency specific hums with their presence.

Amy and one of her other team members, Ted, could detect all of this much faster than the other two team members and my friends Bob, Mike, and I could.

They could also understand communications when the rest of us could only detect the static noise and hums.

Amy and Ted could also see people when the rest of us only saw varying sizes of orbs and bright un-discernable images.

But Bob, Mike, and I saw enough to know that we experienced a real paranormal encounter.

The machine that measured temperature and its rate of change proved to be most interesting. Amy explained that when "entities" came over into our world that they need energy to materialize. That's why it gets cold when ghosts, or whatever, come on the scene. They suck up the energy from the room or area so they can come into being.

The more energy that they are able to absorb, the more visible they become.

Mike and I were initially skeptical.

Amy asked if I believed that people had souls. I told her that I was taught to believe that in my southern Baptist upbringing, but I had drifted away as I studied and worked in the physics based aerospace industry.

Amy stared at me for a moment and then the detailed explanations began. We discussed the soul, ghosts, paranormal events, parallel universes to the point that we all became believers.

I became so convinced that I set out on a data collecting research project to try to determine the science behind paranormal events. I tried to determine that, if there is a soul, how it can exist and be described scientifically.

Listen and you will become a believer.

What listeners say about Paranormal Portal to a Parallel Universe