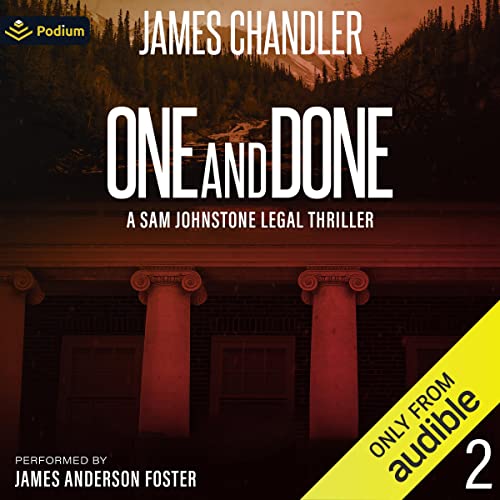 By: James Chandler
Narrated by: James Anderson Foster
Try for $0.00

After an impressive performance in front of a full house, local college basketball stand-out Davonte Blair celebrates the victory with a few friends.

But when a fierce argument over drugs ensues, the evening takes a violent turn — and one member of the group goes missing.

When police discover the body of the basketball team manager, the town turns into a tinderbox of emotions. The media is calling it a hate crime. The college president is desperate to avoid a scandal. And the police department is under intense pressure to solve the horrific case.

As defense attorney Sam Johnstone looks into the murder, the case grows even more complicated. Ronnie Norquist, the son of Sam’s longtime friend and law partner, was the dead student’s roommate — and Ronnie was there the night his roommate disappeared. His personal and professional worlds colliding, Sam can tell Ronnie knows more than he’s letting on. But what is it that Ronnie witnessed? And whose guilt does it prove?

In a case that’s full of circumstantial evidence and competing versions of truth, Sam must find out what really happened — before this college town tears itself apart.

What listeners say about One and Done

I enjoyed the book I could not put it down! I was not ready for the end… Awesome read

The story had great potential but the characters were not like able, the plot was not clean, and the ending was disappointing