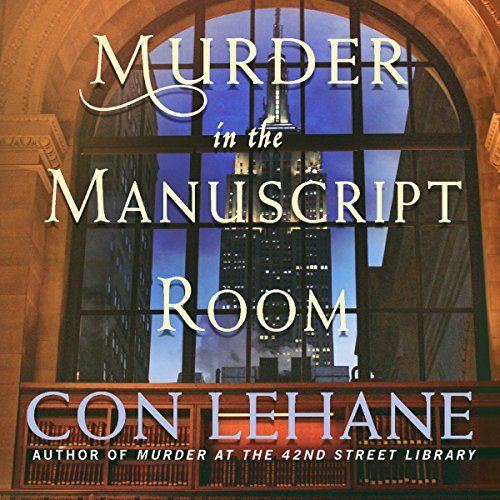 Murder in the Manuscript Room

When a murder desecrates the halls of New York City's iconic 42nd Street Library, Raymond Ambler, the library's curator of crime fiction, has a personal interest in solving the crime. But his quest to solve the murder is complicated by personal entanglements involving his friend - or, perhaps, more-than-friend - Adele Morgan. Not only does Adele's relationship with the staffer who was murdered get in the way of Ambler's investigation, but her growing interest in a darkly handsome Islamic scholar disturbs him.

When the Intelligence Division of the New York Police Department takes over the case from NYPD Homicide Detective Mike Cosgrove - Ambler's friend and sometimes partner-in-crime-solving - Ambler suspects that the murder of the young woman and the curious intervention of NYPD's intelligence division are connected. But with the city's law-enforcement establishment determined to stop his investigation, the inquisitive and intrepid librarian faces challenges that may put his very life at risk.

What listeners say about Murder in the Manuscript Room

The characters were well developed and very interesting. The story had just the right amount of suspense and complexity. The narrator did very well although some of the voices he used for a few characters sounded a little awkward but overall I enjoyed the performance. Can't wait for the third book in the series.