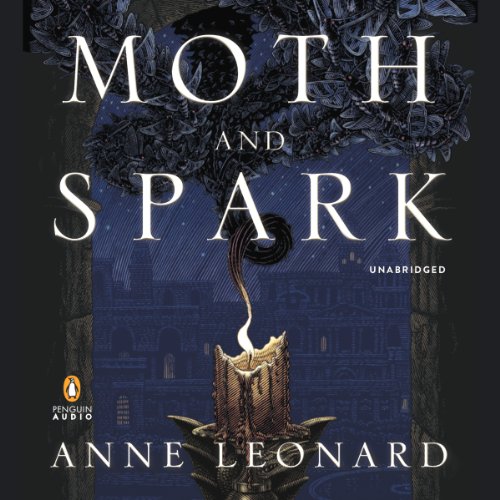 By: Anne Leonard
Narrated by: Christian Coulson
Try for $0.00

A prince with a quest. A commoner with mysterious powers. And dragons that demand to be freed - at any cost.

Prince Corin has been chosen to free the dragons from their bondage to the Empire, but dragons aren’t big on directions. They have given him some of their power, but none of their knowledge. No one, not the dragons nor their riders, is even sure what keeps the dragons in the Empire’s control. Tam, sensible daughter of a well-respected doctor, had no idea before she arrived in the capital that she is a Seer, gifted with visions. When the two run into each other (quite literally) in the library, sparks fly and Corin impulsively asks Tam to dinner. But it’s not all happily ever after. Never mind that the prince isn’t allowed to marry a commoner: War is coming to Caithen. Torn between Corin’s quest to free the dragons and his duty to his country, the lovers must both figure out how to master their powers in order to save Caithen. With a little help from a village of secret wizards and a rogue dragonrider, they just might pull it off.

What listeners say about Moth and Spark

Dragons and Princes and Seers, Oh My

This should properly be a 3.5 but that wasn't an option. I saw this was narrated by Christian Coulson who I loved in The Gentleman's Guide to Vice and Virtue and when that was coupled with dragons and romance, I was sold.
Still, I honestly struggled with the first 1.5 -2 hours. It isn't that nothing happens during this time, but it largely feels like it is being described to me instead of it happening. This author has a tendency to lean on flowery descriptions that kind of took away from the story for me. I also had a weird issue with names in this book. The author doesn't always introduce names clearly - is that a person or a place name? It would be helpful if people were occasionally referred to as "King so and so" or "Emperor whatsit" instead of just all being on a first name basis.
I see in other reviews people liked that beginning part best and then were put off once the main character reached court, but I had the opposite reaction. Christian Couldon shines most when he is doing dialogue and it felt like no one was talking and everything was description until we reached court.
Other reviewers seemed surprised by the romance part of the story and complain it has too much insta-love, but that romance aspect was part of the main draw for me to read the book. The description literally says they bump into each other at the library and he immediately asks her to dinner, so a little insta-love wasn't that unexpected to me. Really it took too long for them to meet, so then insta-love was necessary to make the timing of the rest of the book work.
Over all I enjoyed this book, but I was seriously considering returning it during that beginning part and was just hoping the plot, which looked promising, would pick up and make up for the flowery language. I do think this book could have benefited from more editing out descriptions and some pointless parts. There was also apparently a whole plot point I somehow missed and I'm still debating if I fell asleep while reading that part and that's why I was confused or if the writing was just weird.
In the end, I would probably have been happy to borrow this from the library and save my credit, but my library doesn't have this book in audio format, so c'est la vie.

Amazing job by the narrator, but the recording is a little bit plagued by excessive white noise' especially audible when using headphones. It didn't ruin the experience tho and the story was very romantic and exciting.

This was super rough for me...

From the reviews I've been seeing so far, it seems like MOTH AND SPARK will either be a "love it" or "hate it" book and I haven't seen too many things in between. I only bothered to check other reviews after I was mid-way through so unfortunately you know what that means... I was struggling.

I felt like the book started off strongly -- we're introduced to dragons, mystery, action, and intrigue -- but after the prologue and the first few chapters, things really, really slowed down for me. I'm okay with being introduced to a fast-paced opening scene and then slowing a book down to start getting deeper into world-building and character development, but the pacing overall just didn't work for me.

Once the two main characters of the book go through the initial events that set up the entire plot, the book really slows down. Corin returns from the North somewhat changed, although even he himself is unsure quite how, and having survived a battle or two, he resumes life back at court. Once Tam witnesses a gruesome death, presumably be poison, she begins the games and politics of court as well. Court. One of my least favorite things about historical fiction or high fantasy. I just struggle with it so much. The politics of it all, the wedding plots, the forbidden dating between classes... It's just something that doesn't quite interest me unless it's done juuuust right. Unfortunately in MOTH AND SPARK, it just wasn't holding my attention. I felt like so much of the book was inside of the palace and just not enough time out exploring the world, which is one of my favorite elements of fantasy novels!

I just was not a fan of the romance. Some feedback was that the romance was very insta-lovely which honestly, I don't entirely mind. (Hey, my own relationship started out with insta-love, more or less. True story.) The thing I did mind was that Corin seemed TOO affected by Tam. I understand it's easily to be entirely infatuated upon meeting someone but... How can I put this? You know how in most books that are accused of insta-love, it's the girl falling for the guy and then their entire world is about that guy and everything else important is forgotten? I had that sort of feeling about Corin falling for Tam. I guess it's impossible to really know much about his character before the book, but I just had that his character just changed upon meeting her.

The romance just took up too much of the book for me. I wasn't connecting with it so I don't know if it just felt like a lot for me since I wasn't as interested in it or if it really did take up that much of the book! I was given a teaser of dragons in the beginning -- Dragons! Magic! Visions! Mystery! -- and yet, I felt like I was left pining for it for too long. I do love romance in fantasy and I love action in fantasy. I can't say that there wasn't a good balance because I think there was a fair amount of both but they didn't seem to flow well with each other. Any period of constant action or constant romance in fantasy can become tiring and they just felt like very distinct sections and very separated. Action and romance can be easily intertwined to keep the book moving and I think the separation of the two really hurt the pacing.

Overall, this just wasn't the book for me. The romance seemed to dominate the book while I was reading and while I do appreciate heavy romances in fantasy as well as world building, I just didn't get into the groove of this romance so it truly impeded my progress and overall opinion of the book. I think too many exciting moments and reveals came far too late when my attention and patience was already waning.

Enjoyable read of romance and dragons.

The story should really be 4 1/2 stars out of five, but I decided to round up because of the overall satisfaction I am still feeling from finishing it.
Alright, so I didn't realize that this was a YA book going in, but despite that I still enjoyed it. The plot moved fairly quickly (I found it only seemed to slow down when the young couple was together), the characters were fairly likable and not too perfect, and I thought the dragons were handled nicely. The supporting cast were very supporting, but a little thin for my tastes. The two main characters were the only two I would consider really fleshed out.
Don't go into this expecting a deep, dark story of impenetrable depths.
DO read if you want an enjoyable romp in a land with dragons and romance.