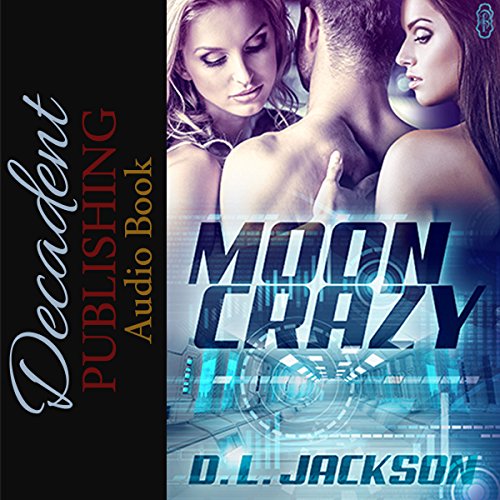 By: D.L. Jackson
Narrated by: TG Burns
Free with a 30-day trial

Jace and Tara - dysfunctional. Yeah, maybe a bit. They decided a long time ago they shouldn't be married, but the sex isn't something they want to walk away from. Not when it is that good.

Jace has more on his mind than a booty call when he shows up at his ex-wife's dome. He needs a pilot to fly a racing ship he plans to repossess, and only the best pilot will do. There's one issue with hiring Tara for the job. His ex-girlfriend, Nia, has also signed on as navigator, and the two women can't be in the same room, let alone the cramped cabin of a high-credit racing ship. And, well, he's kind of still sleeping with them both. But they don't know that.

When they find out, the claws come out and hair flies. After the dust settles, something else happens. Yeah, two is company, but three can set the galaxy on fire when passions turn from homicide to more pleasurable activities.

What listeners say about Moon Crazy