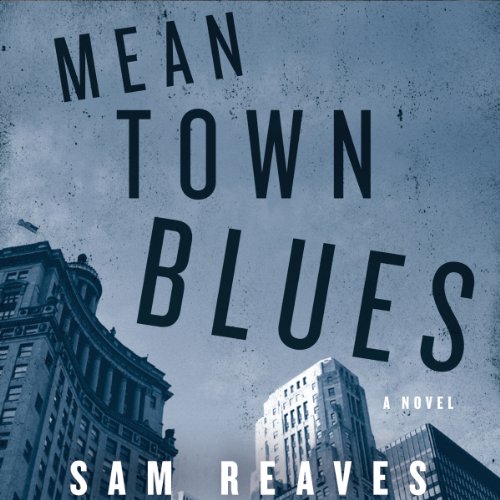 By: Sam Reaves
Narrated by: Bernard Setaro Clark
Try for $0.00

Here is a bluesy, neo-noir crime thriller that pits an Iraq war vet against the Chicago mob.

A veteran of the war in Iraq, where he suffered extreme injury, and a refugee from a sad Kentucky family history, Tommy McClain places his faith in a beat-up blue Chevy and his future in the city of Chicago. He's got a friend there he can count on.

What he doesn't count on is Lisa DePietro. She's pretty and openhearted, with dark eyes you could drown in. . .and she's being stalked. In a bar, on the El, and outside her house - by a big guy in a brown leather jacket. She's seen him in the shadows of his Lexus, heard him on her building's speakerphone. He's put notes in her mailbox, and she's sure he's even been inside her apartment, because someone's been rifling through her drawers.

Tommy figures he'll scare the creep off. Only he does more than that, and the shot from his automatic does more than settle a score. It sets off a gangland war that will catch Tommy in the crossfire between two mob bosses and their goons, as well as tangle him in police department investigations and the operations of an FBI special task force.

With that shot, a taut, suspenseful stalker tale erupts into a craftily wrought, unpredictable crime thriller with mob family honor and half a million dollars (in cash) at stake. Snared in the fray, Tommy has some advantages, like his infantry training and combat experience. He's going to need them. Because everyone in this mean town, it seems, wants to take Tommy's future away from him.