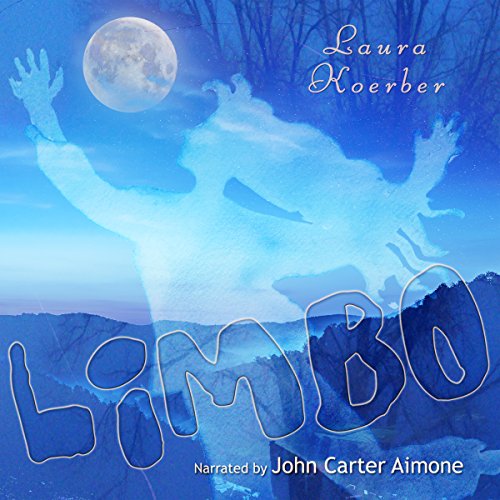 By: Laura Koerber
Narrated by: John Carter Aimone
Try for $0.00

How would you spend your time if you died and found yourself in limbo? Most see purgatory as a kind of in-between afterlife for people who didn’t rate heaven and don’t deserve hell. The author’s limbo is a ghost town that includes animals that had been killed by humans: a dog, some cats, cows, chickens, and wild creatures, too. The animals are content with their lot in the afterlife, but the humans have an infinity of time on their hands and not enough to do. They think about the big issues, of course: the nature of God, how they screwed up in life, and how they can escape limbo and get into heaven.

But no one can spend all their time thinking higher thoughts, so mostly they do what they did in life: they gossip, they get on each other’s nerves, and they play poker.

Darla runs the village politics like a PTA mom. Emmanuel, who has a wonderful singing voice, most enjoys fellowship with the cows. The preacher, still in his hospital gown, gathers a congregation and makes it up as he goes along. Warren, a former college professor, seeks something to study in a bookless afterlife. You’ll meet the Naked Man, Lily, Traveling Jack, the Chinese Lady, and Trey, a quadriplegic who is freer in death than he was in life. Seventeen-year-old Alyse, the newest person to join the village, decides to bring everyone together by throwing the limbo equivalent of a neighborhood block party.

In the end, you’ll share in their laughter and tears, and you might just ponder how you’d spend your time in limbo.

What listeners say about Limbo