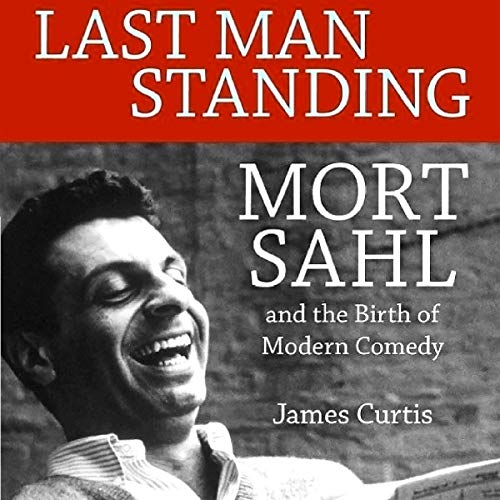 By: James Curtis
Narrated by: Mark Milroy
Try for $0.00

On December 22, 1953, Mort Sahl took the stage at San Francisco's hungry i and changed comedy forever. Before him, standup was about everything but hard news and politics. In his wake, a new generation of smart comics emerged - Shelley Berman, Mike Nichols, and Elaine May, Lenny Bruce, Bob Newhart, Dick Gregory, Woody Allen, and the Smothers Brothers, among others. He opened up jazz-inflected satire to a loose network of clubs, cut the first modern comedy album, and appeared on the cover of Time surrounded by caricatures of some of his frequent targets such as Dwight Eisenhower, Richard Nixon, Adlai Stevenson, and John F. Kennedy. Through the extraordinary details of Sahl's life, author James Curtis deftly illustrates why Sahl was dubbed by Steve Allen as "the only real political philosopher we have in modern comedy."

Here, for the first time, is the whole story of Mort Sahl, America's iconoclastic father of modern standup comedy. Written with Sahl's full cooperation and the participation of many of his friends and contemporaries, it delves deeply into the influences that shaped him, the heady times in which he soared, and the depths to which he fell during the turbulent 60s when he took on the Warren Commission and nearly paid for it with his career.