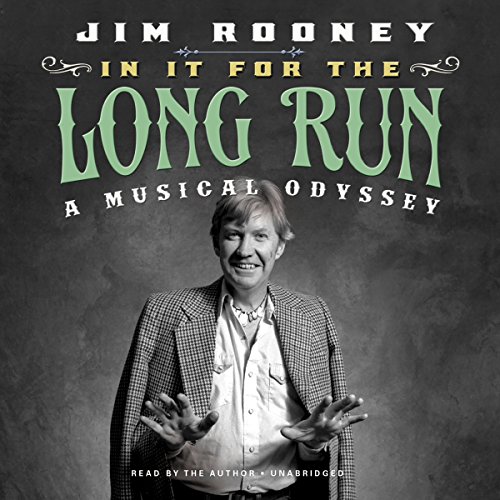 In It for the Long Run

Inspired by the Hank Williams and Leadbelly recordings he heard as a teenager growing up outside of Boston, Jim Rooney began a musical journey that intersected with some of the biggest names in American music, including Bob Dylan, James Taylor, Bill Monroe, Muddy Waters, and Alison Krauss. In It for the Long Run: A Musical Odyssey is Rooney's kaleidoscopic firsthand account of more than five decades of success as a performer, concert promoter, songwriter, music publisher, engineer, and record producer.

As witness to and participant in over half a century of music history, Rooney provides a sophisticated window into American vernacular music.

Following his stint as a Hayloft Jamboree hillbilly singer in the mid-1950s, Rooney managed Cambridge's Club 47, a catalyst of the '60s folk music boom. He soon moved to the Newport Folk Festival as talent coordinator and director, where he had a front-row seat to Dylan "going electric".

In the 1970s, Rooney's odyssey continued in Nashville, where he began engineering and producing records. His work helped alternative country music gain a foothold in Music City and culminated in Grammy nominations for singer-songwriters John Prine, Iris Dement, and Nanci Griffith. Later in his career, he was a key link connecting Nashville to Ireland's folk music scene.

Whether he's writing songs or writing his memoir, Jim Rooney is the consummate storyteller. In It for the Long Run: A Musical Odyssey is his singular chronicle from the heart of Americana.

What listeners say about In It for the Long Run

I'm a big fan of music sometimes called Americana: John Prine, Iris Dement, Nanci Griffith, and folks like them. Mr. Rooney worked in the music industry all his life, managing festivals, venues, recording, publishing, performing, etc. His story is quite interesting to me, and the music he worked with was my kind of music.