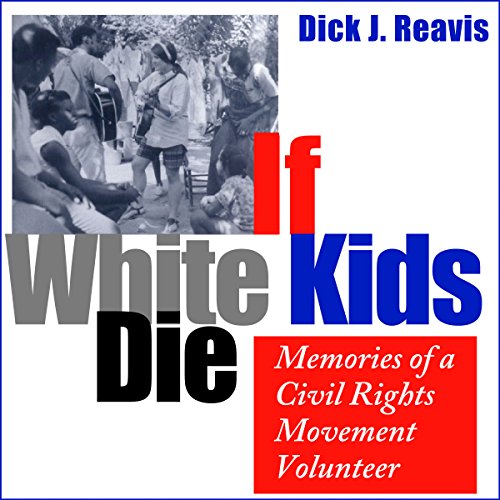 By: Dick J. Reavis
Narrated by: Keith McCarthy
Try for $0.00

The summer of 1964 had been "Freedom Summer" for a few campuses. The Student Non-Violent Coordinating Committee (SNCC) had drawn some 500 students, most of them White, from Ivy League and prestigious universities to help its integration efforts in Mississippi. An up-and-coming leader named Stokely Carmichael had told a group of prospective volunteers in New York that SNCC wanted to be sure that if Blacks were killed for the civil rights cause, Whites would die with them. What he said was prophetic, even if it wasn't popular. A few weeks after his speech, three young men - two White and one Black - were murdered in Philadelphia, Mississippi. The nation was scandalized. While he wasn't aware of Carmichael's strategy when he decided to join a 1965 summer voter registration program, Dick J. Reavis felt it instinctively when he told his resistant father the reason he was going. "Dad, if we live in a country where nobody pays attention when Negroes die, then I guess that's the way it has to be. Somebody has to pay the price." The price the White middle-class Texan paid when he spent a summer on the wrong side of the tracks in Demopolis, Alabama, was his innocence.

If White Kids Die describes his gradual maturation as he encountered the other side of legally enforced racism. Reavis came to understand the frustration with "The System" that fueled the civil rights movement. At the same time, he saw the infighting and strategizing within the movement that prevented it from living up to his ideals.

What listeners say about If White Kids Die