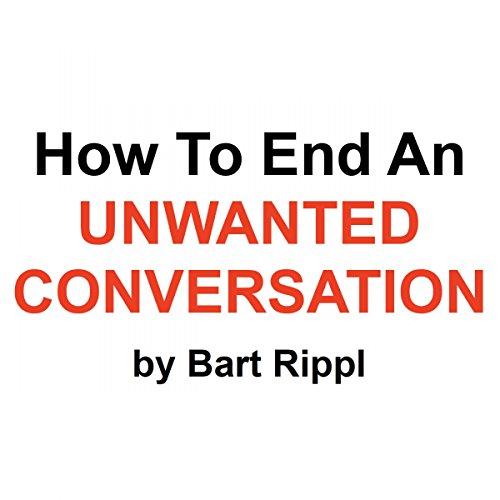 How to End an Unwanted Conversation

Have you ever been a captive listener? Have you ever been cornered and forced to endure an annoying monologue at the hands of someone who loves the sound of their own voice? Have you ever wondered if there's anything you can do to expedite a rapid exit from such encounters? If so, then it's time for you to learn the number-one mistake you're making which actually prolongs an unwanted conversation. Discover little-known secrets like the stopper, the non sequitur, and the handoff. Learn how a cell phone or wrist watch can magically become your new best friend. Isn't it time to arm yourself with the tools necessary to tactfully end these irritating situations?

What listeners say about How to End an Unwanted Conversation