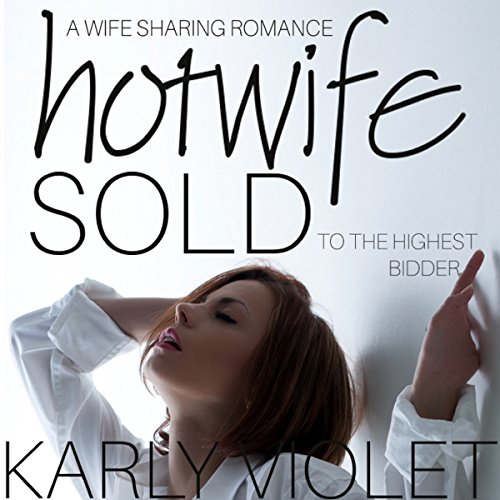 Hotwife: Sold to the Highest Bidder

By: Karly Violet
Narrated by: Ward Thomas
Try for $0.00

Hot wife auctions her body to the highest bidder!

Martin is shocked to discover his faithful wife has been stripping in a gentlemen's club. Initially confused by the stark revelation, he confronts Jenny after he learns of her dark secret.

In an unexpected turn of events, Jenny learns her husband is drawn to the idea of sharing her with other men, and they decide to explore their fantasies further. They become exclusive members of a website where wealthy men bid on each other’s wives, with the highest bidder winning the ultimate prize.

In order to both stand out from the crowd, but more importantly, to satisfy his own desires of sharing his wife, Martin insists he will be watching the proceedings first hand, reveling in every second as the winning bidder enjoys the pleasures of his beautiful wife.

It's not long before Jenny's body becomes a front-page attraction, as she finds her hot-wife services draw in the highest of bids.

A sizzling-hot romance novella featuring wife-sharing, a husband learning of his wife flaunting her incredible figures mere inches from strange men, and a couple embarking on a journey to explore their own hot-wife fantasies.

What listeners say about Hotwife: Sold to the Highest Bidder

I have no idea if there is a story here. The writing is subpar but the narrator is horrible. I can’t listen to another second.