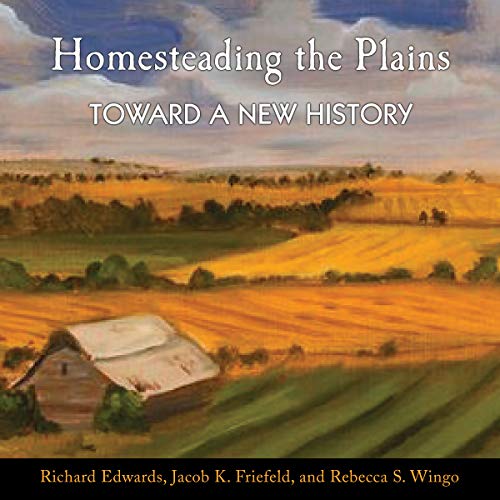 Homesteading the Plains offers a bold new look at the history of homesteading, overturning what for decades has been the orthodox scholarly view. The authors begin by noting the striking disparity between the public’s perception of homesteading as a cherished part of our national narrative and most scholars’ harshly negative and dismissive treatment.

Using data instead of anecdotes and focusing mainly on the 19th century, Homesteading the Plains demonstrates that the first three tenets are wrong and the fourth is only partially true. In short, the public’s perception of homesteading is perhaps more accurate than the one scholars have constructed.

Homesteading the Plains provides the basis for an understanding of homesteading that is startlingly different from current scholarly orthodoxy.

"Every library with any interest in frontier/western/Great Plains history should have a copy of this book." (Choice)

"Will serve as a model for future historians...." (Nebraska History)

"A must-read for Great Plains scholars.... The authors should be congratulated...." (Missouri Historical Review)

What listeners say about Homesteading the Plains