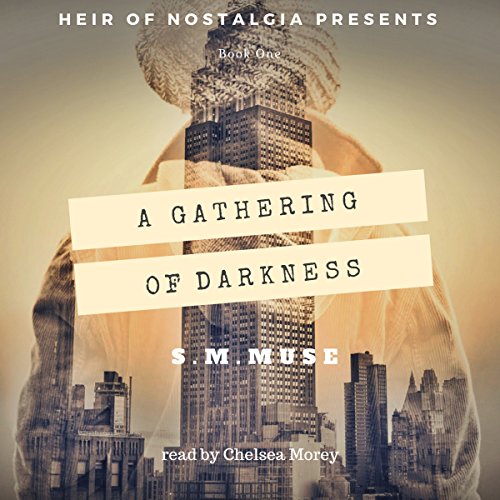 Heir of Nostalgia: A Gathering of Darkness

Frightful signs in the heavens and on earth....

In the night sky, a strange new comet burns, while in the midst of Vatican City, an ancient Bay tree, having blossomed faithfully for the last 500 years, begins to lose its silvered leaves. Meanwhile, in the Big Apple, frightful whispers in the streets, a murder of crows...ominous signs as a new "fear" begins to spread of strange men and even stranger forces on the prowl.

Over 400 years ago, history was forever changed by a single event, the disappearance of a king and his heir. On November 17, just weeks shy of Christmas, history would be changed again, this time by a 13-year-old kid living on the streets of New York, desperate to find his father and right a 500-year-old wrong.

A Gathering Darkness is the exciting first book in the Valerian series, a contemporary urban fantasy where 16th and 21st centuries collide. What comes after will change everything!

What listeners say about Heir of Nostalgia: A Gathering of Darkness

This is a really entertaining story. The tale of a boy fighting to restore his family amid a broader battle between good and evil. I enjoyed the complexity of the book as well as some really well developed characters. Also, It’s well read by the narrator even though there a lot of dialogue between several characters.