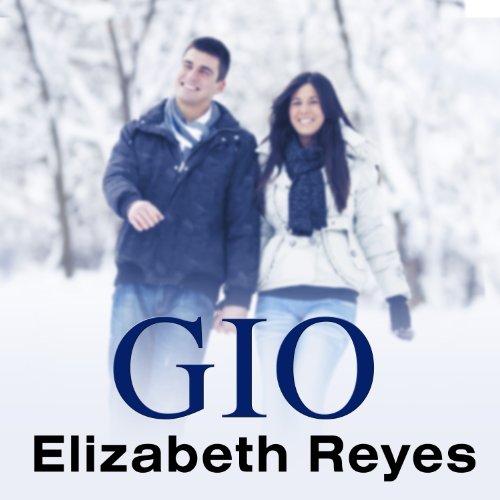 When tragedy strikes in the ring, Giovanni Bravo falls into a deep depression, walking away from his dream of boxing to train instead. He agrees to a two-month getaway, helping train Felix Sanchez, his high school buddy and now welterweight champ of the world. Once at Felix's lavish boxing complex, Gio is reunited with Bianca Rubio, someone he remembers only as the girl with the innocent doe eyes back in high school. Not only does her refreshing, cheerful demeanor take Gio's mind off his troubled conscience, but he finds himself falling for her fast and hard. The problem? Bianca is Felix's girlfriend.

Having a sexy, famous boyfriend has its perks, but they come with a price. Bianca not only has to deal with the ongoing tabloid rumors about her boyfriend's questionable relationships with other women but also his constant absence when he is on the road. So Bianca is thrilled now that Felix will be in town for two whole months to train for his next big bout. He has even asked her to move into his cabin while he's there. But when Felix leaves for days at a time to promote his fight, Bianca spends time getting to know Felix's gorgeous new trainer and good friend, Gio. Increasingly drawn to his sweet smile and smoldering green eyes, the way she feels so at ease talking to him, she finds herself saying and doing things she normally wouldn't.

As it becomes more and more difficult to resist the mutual attraction, Gio crosses the line between them. He hopes that one kiss will alleviate the overwhelming temptation and clear both their systems, but it does just the opposite. Their temptation suddenly becomes an irresistible longing - a longing that quickly forces Gio to realize this is more than just lust. He's fallen hard, and to his delight, she has, too. Now Gio is forced to make the hardest decision of his life: risk losing a longtime friend, or walk away from the only girl he's ever loved.

What listeners say about Gio

Not my favorite of the series

The narrator I think did a good job. It can be a bit confusing when switching points of view from the lead characters so it takes a few seconds to figure whose point of view are we listening to. That is not the narrator's fault, it's just the way this was written. I have to state this, I liked the lead characters as who they were until the moment they started fooling around. I hate cheating. I almost didn't finish listening to this because of it. Whether fact or fiction I can't stand cheaters and I lose all respect for them. I didn't care if they get a happy ever after. I didn't think they really deserved it. And the fact that Felix pretty much 'oh-well-good-luck'ed them, SMH. It was weak. I was disappointed in this. I wanted Gio and Bianca to get together but not like that.

This book was so good. I loved listening to it. I can't wait to listen to the rest if this series.

Following a devastating mishap in the boxing ring, Gio decides he will never box again. Instead he heads to Big Bear to train Felix who is going for a boxing championship. Meeting Felix's girlfriend Bianca, Gio is pulled to her sweetness and beauty. Felix travels away from Big Bear frequently leaving Gio and Bianca alone. Many reports of Felix in the company of women adds to Bianca's feelings of betrayal. She turns to steadfast Gio who is happy to comfort her. Paparazzi catch the two lovers in a compromising position. Felix throws Gio and Bianca out. There is an explosion at the Fifth Street Gym with reports of a death and many injuries. Felix and Bianca fly to Los Angeles together to find out what's happening. Badly injured and in the hospital, Gio sees television reports stating that Bianca and Felix are back together. Broken hearted, Gio refuses to see Bianca. Very well written and believable. Fabulous intriguing characters. Great narration.

In the tradition of Reyes style, the story is all sweet heat infused with sense of humor and the sweet loving moments, all combined with a sense of family. Readers can't help but fall in love with these men.

This book was absolutely wonderful!! I didn't think it could get any better than Noah and Ronnie but I was so wrong! I felt like I was there in the story with them! Such a great book, and Elizabeth Reyes was the perfect narrator

What made the experience of listening to Gio the most enjoyable?

The story of love overcoming all odds.

What was one of the most memorable moments of Gio?

When after tragedy everyone pulls together.

Have you listened to any of Coleen Marlo’s other performances before? How does this one compare?

Yes. This one is just as good as the first book in the series.

This was a very good read. This is another dramatic and romantic filled story. For nothing but drama pick this up you'll love it. happy Reading!