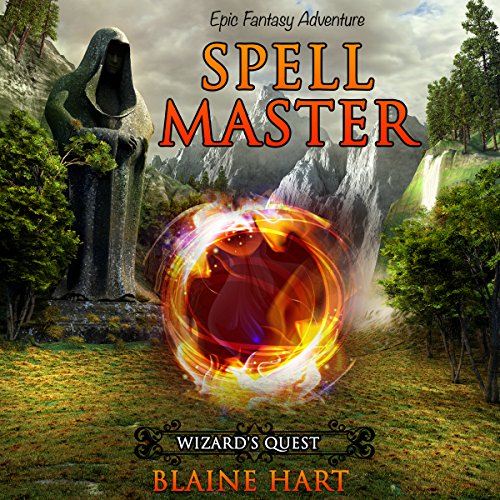 By: Blaine Hart
Narrated by: Jason Damron
Free with a 30-day trial

Fools and their bodies are soon parted.

For the gnome sorcerer Vaskerath, things were supposed to be easy. He was smart, skillful, and a dedicated student to the art of magic. But things never seemed to work out as smoothly as they should. When a Halfling approached him at the tavern and asked whether he would like to play a game, he thought it'd take no effort for him (and his invisible imp that he had summoned years ago) to cheat the Halfling for all he was worth and get the clue to the magic spell he wanted so desperately.

Unfortunately for him, this was no ordinary Halfling, but a member of the ruthless and bloodthirsty Thieves Guild, sent to collect an old debt. A debt to be paid in blood and body parts.

Vaskerath knew the risks, but the chance for more power and magic was all he cared about. But it doesn't take long for Vaskerath to realize that the Thieves Guild isn't the worst of his problems. There is a powerful stranger in the land, and this enemy is closer to him than he ever suspected.

This was a really entertaining adventure story- I really enjoy this type of wizard/ spell caster book. It's less of a Harry Potter wizard and more of a Lord of the Rings wizard- a more fantastical and enriched environment in my opinion, with a variety and diversity of creatures, races, places, and potential altogether. I especially liked the opening introduction- the tone, pace, ideas, and character development kick off right away in the drama that starts us off. This is one of the few books that I actually highly recommend the audio version over the text-based one- the voices (especially for the imp) and the expressions in the tone are done really well and definitely make it a fun read!! Excited for the next one :)

There wasn't enough substance to this book. It felt like I didn't care about any of the characters at all.

Would you consider the audio edition of Epic Fantasy Adventure: Spell Master to be better than the print version?

I prefer the print version actually.

What was one of the most memorable moments of Epic Fantasy Adventure: Spell Master?

Vaskerath imagined as being birth in a "heavenly occurrence of fire."

When Vaskerath and his slave confront the queen in the castle.

"Join the quest to unlock your true potential!"

This book is a great read! The story has enough characters and plots placed throughout to provide some very entertaining material. I love the magical element to this book, it always seems to leave a glowing purple mystical atmosphere over the entire story!

If you could sum up Epic Fantasy Adventure: Spell Master in three words, what would they be?

What other book might you compare Epic Fantasy Adventure: Spell Master to and why?

I would probably compare this to Harry Potter. Although the characters are not the same, they still use magic in both books.

What does Jason Damron bring to the story that you wouldn’t experience if you just read the book?

I think he brings emotion and pauses that I would not have made to completely digest the information.

This epic fantasy adventure is full of surprises. From witnessing Vaskerath and other characters, it's clear that every character is well thought out and has its place in the story. This unpredictable story only shows what each character is capable of doing when faced with great risks along the way. This is a great ebook for anyone looking for a fresh adventure!


‘Spell Master’ by Blaine Hart is an excellent fantasy story audiobook that introduces you into the black magic and demon’s world. You can meet very dark and gloomy creatures like cheeky gnome Vasekrath, wizard Scribe and Imp form hell. All characters have their own destiny. We can see the scary and thrilling scene in tavern when characters meet and drink together, then started to fight about the secret map. All want to run the world and have more power.
The great narrator Jason Damron, did a great job when reading with a true passion and evoking lots of thrilling emotions and create very specific suspense into Hart’s story. We can see how dangerous and blood thirsty can be spells, possession by the devils, illuminations and torture.
The best scene is a fight with the troll whose chasing them and want to kill. Hart has a very vivid and wild imagination that introduce specific atmosphere of fear and horror to his story. The action is turn into unpredictable way, we don’t know to the end which character is good and which is bad. That is a kind of game with the reader that makes the story interesting and engaging.
After the final scene we want to read more and find out what will be the conclusion. The great story that is definitely worth to read and follow.

This epic fantasy adventure book was a very easy-to-read and very enjoyable. Vaskerath’s adventures are interesting and exciting. He wasn’t aware what would really follow after he met Halfling in one tavern. But, against all the odds he seems to have a plan each time he comes across any difficulties. Nice message in the end delivered: bravery is the strongest weapon against one's enemies. Wizards, magic, gnomes - truly an amazing fantasy book!