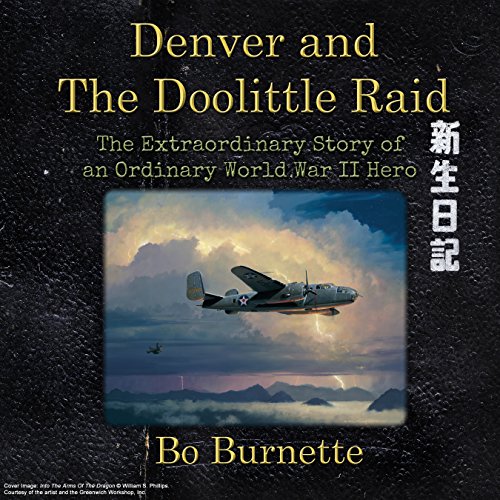 Denver and the Doolittle Raid: The Extraordinary Story of an Ordinary World War II Hero

It was the year 1942. The United States was still reeling from Japan's attack on Pearl Harbor. The nation's morale was at an utter low.

Then 80 men and 16 planes, under Lt. Col. James H. "Jimmy" Doolittle, attacked Japan in a surprise carrier-based aerial attack. It was an incredibly daring mission - one that had never before been accomplished. One of these brave young fliers was a bombardier named Lt. Denver V. Truelove.

Just a farm boy from Lula, GA, Denver was one of the many Army Air Corps volunteers in the Doolittle Raid on Japan. His story is one of bravery in one of the most critical times in history. Denver's great-great-nephew brings the tale to life for the younger generation with the incredible story of Denver and the Doolittle Raid.

What listeners say about Denver and the Doolittle Raid: The Extraordinary Story of an Ordinary World War II Hero