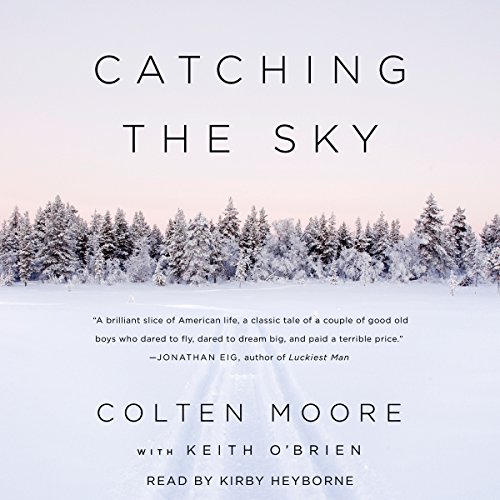 By: Colten Moore,Keith O'Brien
Narrated by: Kirby Heyborne
Try for $0.00

A transcendent story about risk and the pursuit of happiness, family, and the bond between brothers.

Dust and prairie were abundant on the Texas Panhandle, the land that gave birth to generations of Moores. But instead of working the land or the cattle that fed upon it, the Moore brothers, Colton and Caleb, heeded another call.

Their dreams, paired with hard work and family sacrifice, eventually became reality. The Moore brothers, with their boundary-exploding athleticism, innovation, and appetite for risk, became stars on the burgeoning freestyle ATV and snowmobile circuits. If it had wheels, they could flip it - often higher and better than anyone else - leading a band of pioneers intent on breaking new ground and in a new sport before multitudes of fans at the X Games and beyond.

In this vivid narrative, Colten Moore offers a profound and deeply moving perspective on his life and that of his brother. Catching the Sky is a clear-eyed look at extreme sports, what drives people to take wild chances, and how one man, Colten, couldn't stop even after the worst possible outcome. His story reminds us that we can dream and sometimes achieve the impossible, that we can follow our own path, that we can lose something, lose everything, only to find it again - often in the most unlikely place.

What listeners say about Catching the Sky

Pulled at my heartstrings

This is a awesome book! Not only was it cool to read as about the extreme sports the Moore bothers participated in, but it was interesting to hear about their childhood and how they got to be famous daredevils. This book made me smile and cheer, but it also made me want to cry for Colten and the pain their family went through. A great read, especially for anyone who is into extreme sports themselves.

Who knew flipping machine could be, um, boring

Yes, the story is tragic. But either the material or the reader (or both) result in a rather bland book. This one was highly recommended from someone I respect, but it wasn't the inspirational story I was seeking. It's engaging at times. And touching at times. But I came away wanting more.

it's one of the best books

I couldn't wait for the next chance to listen. great performance too . it felt like I was listening to Colten himself. I recommend this book to any parent, rider, girlfriend, or fan.