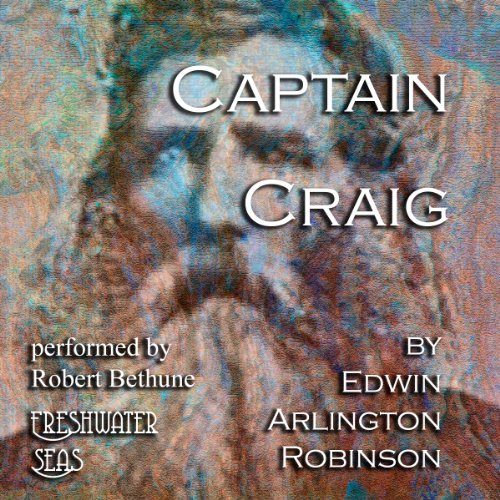 In 1921, Edwin Arlington Robinson was only 52 and many of the pieces in his Collected Poems were written long before that. Yet he shows gifted understanding of old age, the passage of time, the slow decline that everyone must suffer, and the final cease and release of death. Isaac, in Isaac and Archibald, puts it very well to the poet's 12-year-old alter ego: "But even unto you and your boy's faith/Your freedom, and your untried confidence/A time will come to find out what it means/To know that you are losing what was yours/To know that you are being left behind/And then the long contempt of innocence/God bless you, boy I don't think the worse of it/Because an old man chatters in the shade/Will all be like a story you have read/In childhood and remembered for the pictures."

The title poem of the book, "Captain Craig," is a series of monologues by a cranky, iconoclastic, perceptive and sometimes brilliant old eccentric, now in his final days, as he converses and entertains a set of younger men who befriend him. The old man is fascinating as he intertwines his themes of life and joy with his knowledge of his own approaching end. The other poems in the book are short studies in love, life and death, often from surprising points of view. Throughout the book, his portraits of men and women come vividly to life; the insights into personality and character he found almost a century ago ring just as true today. His instinct for human nature, his understanding of the great issues that shape life and fate, and his ability to find deep meaning in the commonplace make his work as intriguing today as it was in his own day - a day in which he won no less than three Pulitzer Prizes. Enjoy! A Freshwater Seas production.

"Captain Craig" is one of the most remarkable and strongest poems of our day. It will not bring to its author popularity, for he makes no attempt to appeal to the popular taste by coming down to its level. But on the poet, the dreamer, the philosopher, the scholar, the work can but make a profound impression." ( Connecticut Magazine)
"You cannot but feel the genuineness of the author's vocation and his sincerity and strength. He gets at life in his own way and has his word about it - a word that is decidedly worth listening to." ( The Atlantic Monthy)
"Mr. Robinson works in oak, nor does he choose plane and sandpaper with which to finish his task. He prefers the biting and laborious edge of the chisel - which does not leave a surface of unruffled smoothness, to be sure, but does bring out the grain of the timber in a way that far surpasses mere polish." ( Out West)