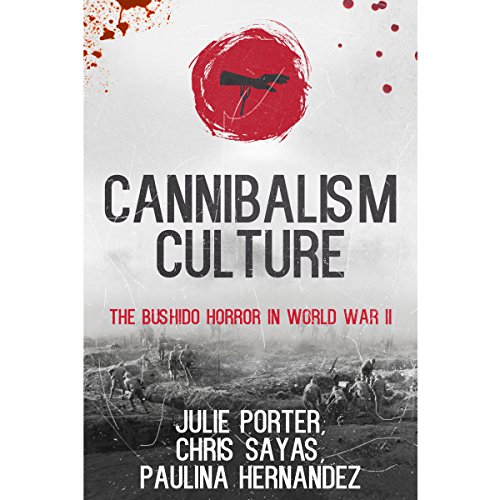 By: Paulina Hernandez,Julie Porter,Christopher Sayas
Narrated by: Eric Boozer
Free with a 30-day trial
Buy for $6.95

The Second World War is regarded as one of the most brutal conflicts of the modern era. This book investigates what war can do to one's identity, character, and culture.

The Imperial Japanese soldiers from New Guinea, Chichijima, and other Asia Pacific Islands ate the flesh of prisoners of war and slave laborers, sometimes stripping the meat from live men. Who is to blame?

Are the Japanese soldiers from different units and locations to blame? Was it Japan's rise, it's aggression, and violent expansion from the Russo-Japanese War and the Pacific Asia War that led to this uncharacteristic behavior? Or was the problem with the unending volume of propaganda, from nationalism to religion and emperor worship? Or was it isolation, fear, and lack of food that caused them to become cannibals?

What listeners say about Cannibalism Culture