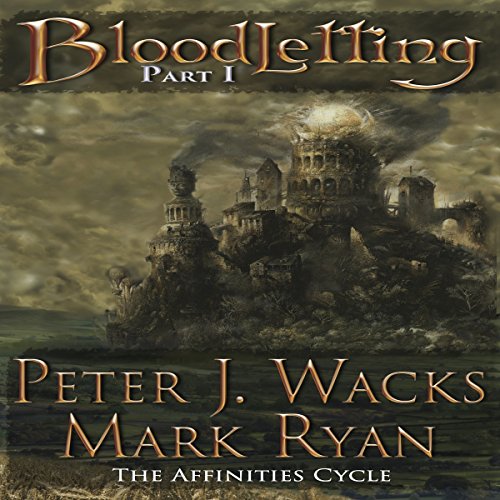 Long ago, the seven races fought to control the Heart Gem, which could grant them enormous power - and those terrible wars shattered the gem into thousands of shards, thus bringing about an age of defeated peace. To reassemble the Heart, one race would have to collect all the scattered shards, which even the gods deemed impossible. But ambitions do not consider the impossible, and after a long and uneasy truce, the seven races once again build toward a titanic, all-consuming war to reunite the Heart.

A young man, Tetra, is a victim of the encroaching conflict. With his twin sister missing and his spine shattered, and trapped in a castle under siege, there is little he can do to change the world except let go of everything he knows. And maybe then Tetra can achieve the impossible - and become more than anyone around him thought possible.

What listeners say about Bloodletting, Part 1

I didn't care for this book and kept falling asleep while listening to it. While I sometimes enjoy books for pre-teen/young teen audiences this wasn't one of them. The narration was really bad. The narrator's voices for the young protagonist was whiney and all of the other young characters had whiney voices too. It was really bad. I don't recommend this book.