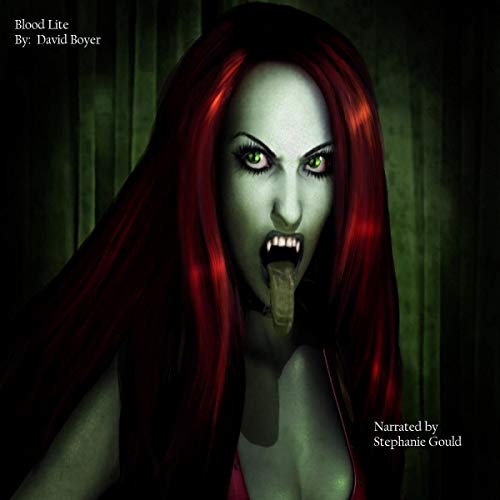 By: David Boyer
Narrated by: Stephanie Gould
Try for $0.00

Years ago, I used to sell some of my short stories to online horror and sci-fi magazines for extra pocket money. I didn't make much - usually $10 to $25 a pop - but it was extra money, and the stories were fun to write, too.

This little gem here was one of the $10-stories, as you will clearly see after you listen to it. In all honesty, I considered it to be more like a $5-story, but wasn't going to turn down an extra five bucks. LOL

Anyway, this little gem is a crossover between the new wave vampire mythos and nasty aliens from another galaxy, both of them converging in the wrong place at the wrong time - at least for the alien, that is.

Vampire hookers are not very forgiving if you tread on their turf.

What listeners say about Blood Lite