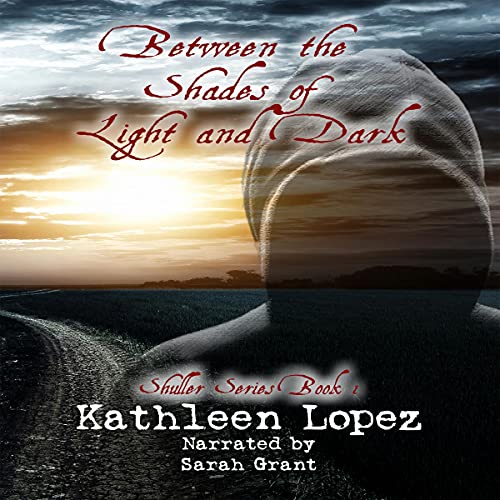 Between the Shades of Light and Dark

By: Kathleen Lopez
Narrated by: Sarah Grant
Try for $0.00

Samantha's life is good, mostly. She loves her father deeply, but even daddy's little girl finds the life of a military brat trying. Despite being the new girl too often, she soldiers on. Her mom could not. She lives for his life but now wants one of her own. Helpless but to stand witness, Samantha's life is once again packed up and shipped off, this time without her dad.

She now resides in the remote town of Columbus Cove. Saving her from the debilitating isolation is the cove's latest resident, Channing Ashford. It's as if he has stepped off the cover of a romance novel and into the sleepy little town. He is charming and handsome and Samantha's sole focus. The reformed drifter re-energizes her, and they find sanctuary within each other.

When a shocking murder claims more than one victim, the couple is blindsided. They find themselves embroiled in an investigation that threatens their newly found happiness. All their reserves of sanctuary are spent as the secrets that lay buried beneath the unpaved roads of Columbus Cove come to light.

What listeners say about Between the Shades of Light and Dark

Would you consider the audio edition of Between the Shades of Light and Dark to be better than the print version?

The audio performance was awesome -- so made me feel like I was there in the middle of the story. Her writing is good - and is well portrayed in the audible version.

What was one of the most memorable moments of Between the Shades of Light and Dark?

This books is about small town life and romance. Samantha is a young girl who's father is in the military and as a result they move around a lot. She hates being the new girl as a result of the moves. When she meets the man of her dreams, she gets a feeling that she has never experienced before. I don't write spoilers - so I will stop by saying you need to experience this book!!!

Which character – as performed by Sarah Grant – was your favorite?

Having been an air force brat myself -- I know exactly where Samantha was coming from.

I was given a copy of this book for an honest review.

What made the experience of listening to Between the Shades of Light and Dark the most enjoyable?

You identify with the characters with a really great narrator which happens to be the case in this story. She almost sounds like someone you know and the use of the accents which is like mine made a stronger connection to this book.

I won this book through the authors contest and it took me some time to get to it but I'm glad I did because I didn't see the ending coming. This book is about small town life and a budding young romance. I grew up in small town America so I had a strong connection to this book, characters, and the town folks. If you want a great book to sit and relax to this is the book for you.

Would you consider the audio edition of Between the Shades of Light and Dark to be better than the print version?

The audio performance was good, but the writing was good too, so either version is a good choice.

It was an easy-to-listen-to audiobook that kept me engaged, didn't get boring at all. I like how the author included dramatic elements of both a mystery and a thriller.

Perfectly believable characters and a great plot with a nice twist and a surprising ending. Don't expect a novel with the big hook on page one, there's a good, honest setup with great character development and a very satisfying story.
About two young lovers in a quiet town where a rich villain turns an old store into a bar, attracting hooligans into the town. The trouble begins there and escalates. No spoilers. And wait until you see the big tie-in at the end. I recommend it!

A gripping mystery with a twist of romance.

What did you like most about Between the Shades of Light and Dark?

Kathleen Lopez does a great job creating the atmosphere of Columbus Cove. It feels like somewhere I’d love to visit! Samantha is a realistic and likable heroine.

The author creates a lot of building tension after the murder and she also does a terrific job revealing only little clues at a time. The twists are fun and it's not predictable. I cannot wait to see more from this author as this was great.

Great voice. I liked the pace the narration sets and it really matches the story. Really good.

Yes. I did in fact listen to it in one sitting.